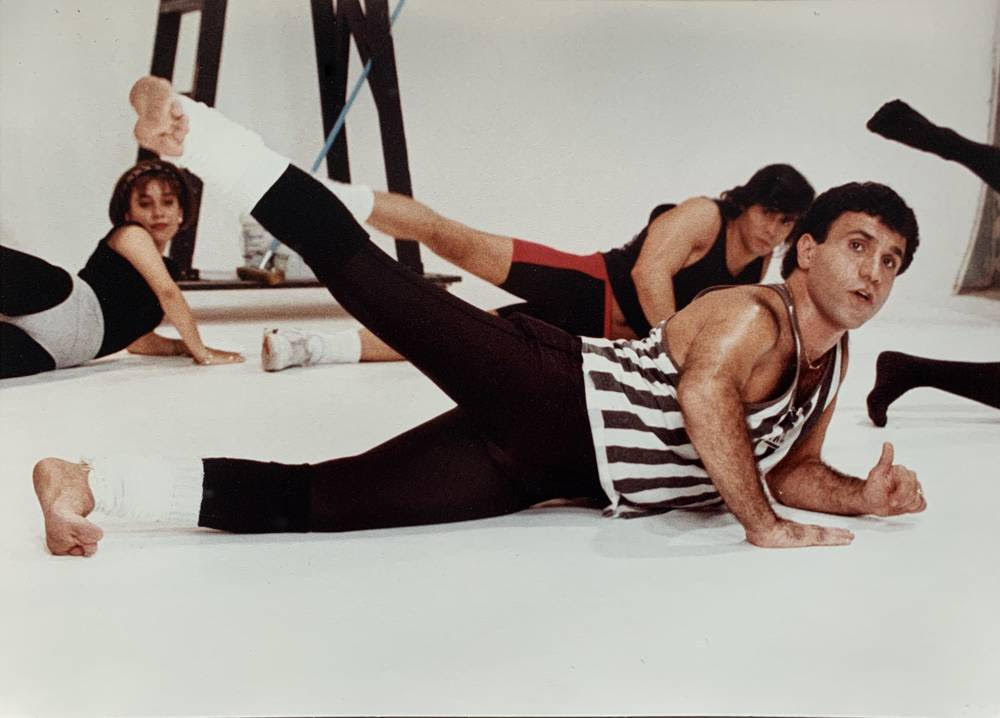 This article has been translated into English from Farsi

The years after the Islamic revolution in Iran were dark. Television used to broadcast only revolutionary content. When the war between Iran and Iraq began in 1981, the television screen was filled with images of Iranian soldiers who had gone to war with Saddam Hussein’s soldiers. Radio and television were full of propaganda content to support Khomeini’s ideology. Those who remembered Iranian national television before the 1979 revolution remember multiple shows full of dancing and singing. Under the leadership of the Shah’s cultural apparatus, various artists were trained to spread Iranian dance, music, and art through Iran’s national radio and television. The cities were full of nightclubs and cafes where dancing and singing were inseparable!

And suddenly nothing. The revolution dried all the blossoms of the so-called “Persian rose and nightingale” culture.

After the Islamic revolution, Iranian artists who fled to the United States gradually formed exile communities. They started producing TV programs that came to Iran secretly on videotapes with a delay of several months. The tapes were propagated in Iran and sold by hand in underground markets. Singers from before the Islamic revolution sang again on these VHS tapes, and new faces appeared among them.

One newcomer was different from the others; He was not a singer! He was a dancer who, in the absence of famous women dancers, had replaced them all. In the eyes of the traditional Iranian society, the Iranian animated dances considered “feminine” were performed again in exile by a man: Mohammad Khordadian.

He was different from the others, but no one understood that Khordadian was a gay man until years later.

When the Islamic revolution happened, Khordadian was only 24. Before the mullahs came to power, Iranian society slowly got ready to accept the LGBT community. Many LGBT artists were in the royal court. Some cafes and art galleries in the capital had become LGBT hangouts. It was even rumored in 1978 that two young men, both from influential families, were publicly married in a hotel in Tehran. Khordadian’s youth passed in such an era. Although, as he says, his religious family was miles away from such a world, he experienced a love affair with another guy just before the Islamic revolution. He was secretly in love with him for years. At the same time, due to his work for Tehran’s newly launched opera house as a coordinator, he received free tickets to see the plays. His interest in dance began here since the Opera house hosted dozens of international ballet performances and dance performances by the Iranian National Ballet.

On one of these occasions, when he went to the opera house to watch a play, one of the ballerinas, who had come to Iran from Britain to perform in Tehran alongside the British Royal Ballet, fell in love with Khordadian.

The story of this love was written by Jane Bini, the British ballerina, in a book called For The Love of Muhammad. Jane Bini fell in love with gay Khordadian, and Khordadian married Jane. Traditional Iranian society considered marriage to be the fate of every man.

This marriage during the revolution meant that Jane had to leave Iran and Khordadian went to London with her. This journey was the beginning of Khordadian performing on stage with Jane. Unemployed, the two decided to go to Iranian nightclubs in exile and offer to appear on stage as dancers. This is how Khordadian started his professional dancing career. After a while, both arrived in the United States and in the capital of American-Iranians, Los Angeles.

Khordadian, who had now fully realized his sexual orientation and identity due to years of living outside Iran, told Jane the truth. Jane, who was still in love with him, accepted him and became his best friend. Khordadian was now the star of the Los Angeles scenes and TV shows in exile who secretly went to Iran through videotapes. He broke a massive taboo for Iranian men. His dance instruction videos could be found in every home. He taught Iranian steps and dance to the post-revolutionary generation through secret videotapes.

In 2001, Khordadian fell in love with a young man who travelled from Iran to Dubai to meet him. At the same time, Khordadian’s father was seriously ill in Iran. Unable to see his sick mother before her death, he decided to return to Iran, both for the love of the guy and to visit his sick father. He was arrested on his arrival and imprisoned in the infamous Evin Prison in Tehran. He was sent to a revolutionary court for “spreading corruption on earth.” A judge on the Revolutionary Court sentenced him to lashes and being “banned from leaving” Iran for ten years. Eventually, Iranian American Khordadian escaped from Iran by appealing the sentence.

Although many speculated that Khordadian was gay, he never spoke publicly about it until his return to Los Angeles. The experience of traveling to Iran, being detained and tortured in the prisons of the Islamic Republic, as well as his failed love, led him to speak publicly in an interview after returning to the U.S. with one of the newly established satellite TV stations that broadcast from Iran to Los Angeles. He was the first famous Iranian to reveal his sexuality publicly.

In the hope of love

Now, 64-year-old Khordadian, who continues to perform as an artist and dancer with his large group of dancers, is not just a celebrity dance teacher. He is one of the prominent figures in defending the rights of Iranian LGBT people. Now living in Istanbul, he constantly tries to empower Iranian and Afghan LGBT refugees living in Turkish cities.

“I only have one wish,” he says, “to see a free Iran again! To marry in my own homeland where LGBTI people have equal rights.”

Related Topics:FrontFeaturedIranLGBTLos Angeles
Up Next

Tensions between Biden and Saudi Arabia alarm LGBTs in the region