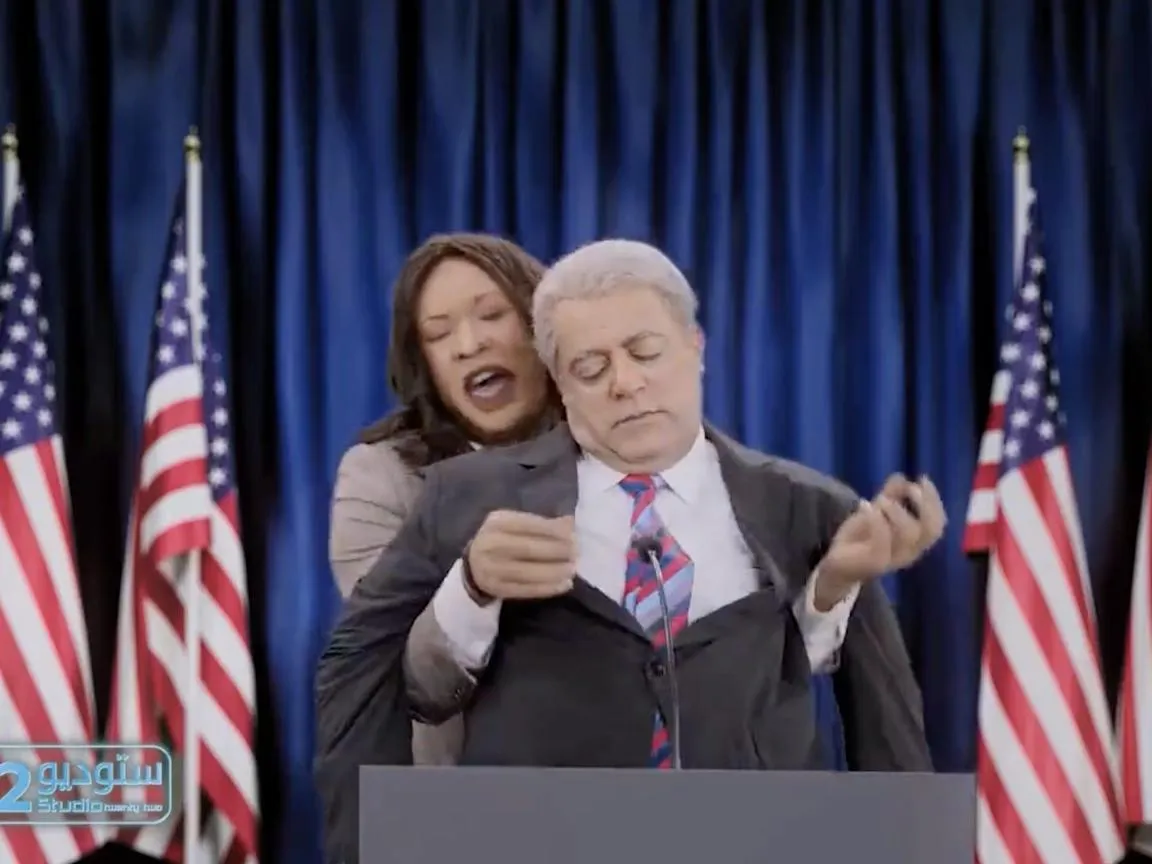 A scene from a sketch on Saudi state television mocking the Biden administration // Yahoo! News

A state-media Saudi comedic sketch mocking President Joe Biden and Vice President Kamala Harris sparked controversy in the United States when it went viral late last month. It was the first time Saudi media mocked a sitting U.S. president in such a way. The clip sent signals to LGBTs in the country that relations are tense between the two nations, with the Saudi LGBT community fearing the Kingdom is moving closer to forming alliances with the China-Russian axis, which threatens to increase the frequency of state-sanctioned oppression of LGBTs there.

In Saudi Arabia, the penalty for homosexuality, known as “sodomy,” is stoning until death for married men. An unmarried man is punished with 100 lashes and imprisoned for one to three years. For non-Muslims who have a gay relationship with a Muslim, the punishment is also stoning.

Although Saudi Crown Prince Mohammed bin Salman has made attempts to open up the country, these steps are still far from embracing anything close to equal rights for LGBTs. In 2020, Suhail, a young Saudi gay man, was sentenced to three years in prison for posting a picture of himself on social media wearing short shorts at the beach. Saudi activists living outside the country launched the hashtag #freesuhail. That same year, a young Yemeni gay refugee in Saudi Arabia was arrested for advocating for gay rights.

Saudi Arabia rejected a draft resolution of the United Nations General Assembly on strengthening the role of the U.N. in “promoting democratization,” saying the move includes protections with regard to sexual orientation and gender identity. The Kingdom considers homosexuality “contrary to nature.” After that, the Mufti of Saudi Arabia made a statement saying that homosexuality is “the ugliest and most heinous crime.”

“Attempts by some countries to establish obligations in ‘sexual orientation and identity,’ as stated in Paragraph Seven of the draft resolution today, is unacceptable,” Saudi Arabia’s representative said. “God created man and woman, emphasizing that anything that is neither male nor female is ‘against nature.'”

I reached out to gay Saudi guys through Snapchat to understand more about the Saudi LGBT community and their views on new policies in the region affecting LGBTs.

Mohammed, 27, a Saudi gay man living in Riyadh, told Outspoken Middle East, “The Arabic dictatorial rulers take their power and the repression increases when Democrats arrive at the White House. During Trump’s presidency we noticed the openness that began in Saudi Arabia, women allowed to drive for the first time. The words demanding the killing gays in schoolbooks were abolished. The Hijab mandate in public places was abolished. We saw a glimmer of hope that these reforms would reach the LGBT rights. We heard whispers that these reforms came under American pressure from the Trump administration on the ruling family, but now it seems that the situation is back to the past. Iran is returning to lead the  control in the region. With Saudi rapprochement with China and Russia, executions and arrests have returned after a decline in pace in 2020.”

“The Biden administration’s policies in Saudi Arabia are weak and fragile, and the Saudis noticed the decline in the U.S. role as a force that promotes and defends human rights in the region. When the Saudi government rejected Biden’s request to increase its oil production, he left them to restrict personal freedoms. Tell Biden that human rights and LGBT rights are not for sale,” Mohammed told me.

Last month, Saudi Prince Alwaleed bin Talal, who owned 5.2% shares in Twitter, rejected Elon Musk’s offer to buy Twitter, in a clear hold on the social media platform and the imposition of royal family policies in the speech and freedom of expression on the platform where they publish their lies that spread hate speech towards the LGBT community.

Saudi tweeters mocked Alwaleed bin Talal by saying Musk’s purchase of Twitter is a fatal blow to the liberals that Alwaleed supports within the American Left.

“Talking about LGBT rights in Saudi Arabia is like talking about politics , they are banned and who talk about it get punished. The situation is very bad here now, and the region is very tense. Iran is regaining the strength, the Taliban too. Russia is getting closer to Saudi Arabia, and Biden is still reassessing diplomatic relations with Saudi Arabia. My uncle holds American citizenship and lives in Tennessee. I asked home once why you chose to vote for the Republicans, he answered that the Democrats are hypocrites. They claim to protect human rights and they’re the first to violate it.”

“Under Trump administration’s, Qassem Soleimani was eliminated, and the Iran’s Revolutionary Guards was shaken. The terrorist organization ISIS who killed gays in Syria and Iraq and threw them from rooftops was also eliminated. There were sanctions on the Syrian regime, but under Biden administration’s, what’s going on in the region? Let the Left answer this,” Abdullah said.

Before the Islamic revolution, a gay wedding happened in Tehran