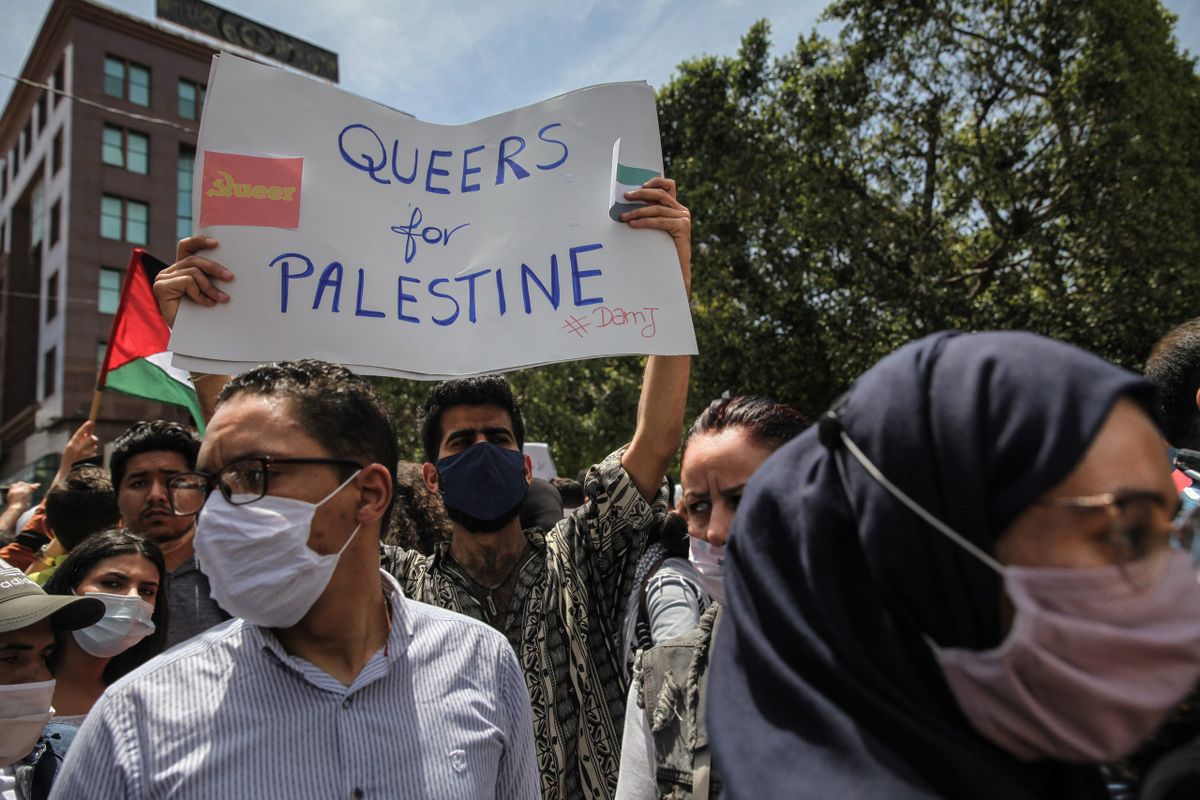 Recently, the term “queer” has crossed over from Western culture and infected the LGBT community of the Middle East. The term has been adopted by activists who have been brainwashed by the liberal Western media that promotes new, absurd, and ever-expanding gender identities. Younger generations of Arabs are exposed to this propaganda on social media, and they seek to emulate and propagate those aspects of Western culture, much to the dismay of the more modest LGBT people of the Middle East.

Of course, there is not translation or equivalent of the word “queer” in Arabic, so these activists coopted the word wholesale into the language. The formerly perforative English word is now a new Arabic identity. Some even use the suffix “Q” in their Instagram names to proclaim their “queerness” to the world.

Who are the Arab queers? Queer Arabs can be divided into four groups.

Communist Queers: These long-haired men and short-haired women fly the Palestinian flag above their beds and espouse anti-semitic and anti-white sentiments. Most of them work for liberal NGOs carrying Marxist literature hoping to indoctrinate their friends with the promise of sexual freedom. They live in schizophrenic denial of the authoritarian reality of communism, and they are often openly hostile.

Western Woke Queers: These social media trolls lurk in the comments and mentions of everyone waiting for an opportunity to strike with their woke political correctness. They have taken to the woke Western culture like flies to steaming shit. Linguistic gender is thoroughly ensconced in the Arabic language, but these Judith Butler worshipers have begun to create a new language devoid of gender in deference to the new woke ways popular in the West. Anyone who does not adhere to these new and arbitrary linguistic conventions are met with pre-written accusations of misogyny and homophobia. These queers are often products of gender training provided by liberal organizations in which they are taught about “gender umbrellas” and “pluralistic identities”. As students graduate from this training, they learn to initiate conversations with the question “What are your pronouns?”

Trendy Queers: These trend-followers used to be into rock, heavy metal, or rap and now identify as queer because it is the fad. They spend their evenings binging RuPaul’s Drag Race hoping to memorize the new lingo. Some of them are heavy into the fetishes and kinks like leather or dog collars. Many also sport black nail polish as a sign of identification among themselves.

Heterosexual Queers: These straight men only identify as queer in the hopes of bedding a woman. They think that using the label will attract the attention of radical feminists. These feminists prefer the sexual company of liberal men who they think subscribe to the same ideals as they do. Unbeknownst to them, these men who are using them often turn around and gossip about their sexual encounters with their friends.

Ali is a 24-year-old gay Syrian refugee living in Egypt. Like other gay refugees, Ali aspires to leave for a Western country where he can live a more economically stable and socially secure life. He has tried to apply to organizations that help refugees resettle in Canada, and as a result, he is bombarded with a plethora of forms each with questions about his gender identity using newly fabricated terminology.

“Who am I among those identities? I don’t understand anything. I’m just gay. Those terms confused me. It seems clear that men and women are excluded from aid, and the trend is now towards choosing people who adopt the gender patterns that have been newly created. Should I choose the most complex term, so my chance to travel is better?” Ali asked confused and frustrated.

The attempt to impose and propagate these countless new identities is a dangerous move, especially within radical Islamic societies that do not recognize LGBT rights. Promoting this woke Western ideology may have serious repercussions resulting in an escalation of violence against the Arab LGBT community in a society where it is still impossible for trans people to medically transition. This propaganda has escalated a sense of isolation and self-hatred for many in the Middle Eastern LGBT community, especially since most are shunned for not adhering to the liberal standards imposed by those who claim to be the new Arab queer elite.

Before the Islamic revolution, a gay wedding happened in Tehran