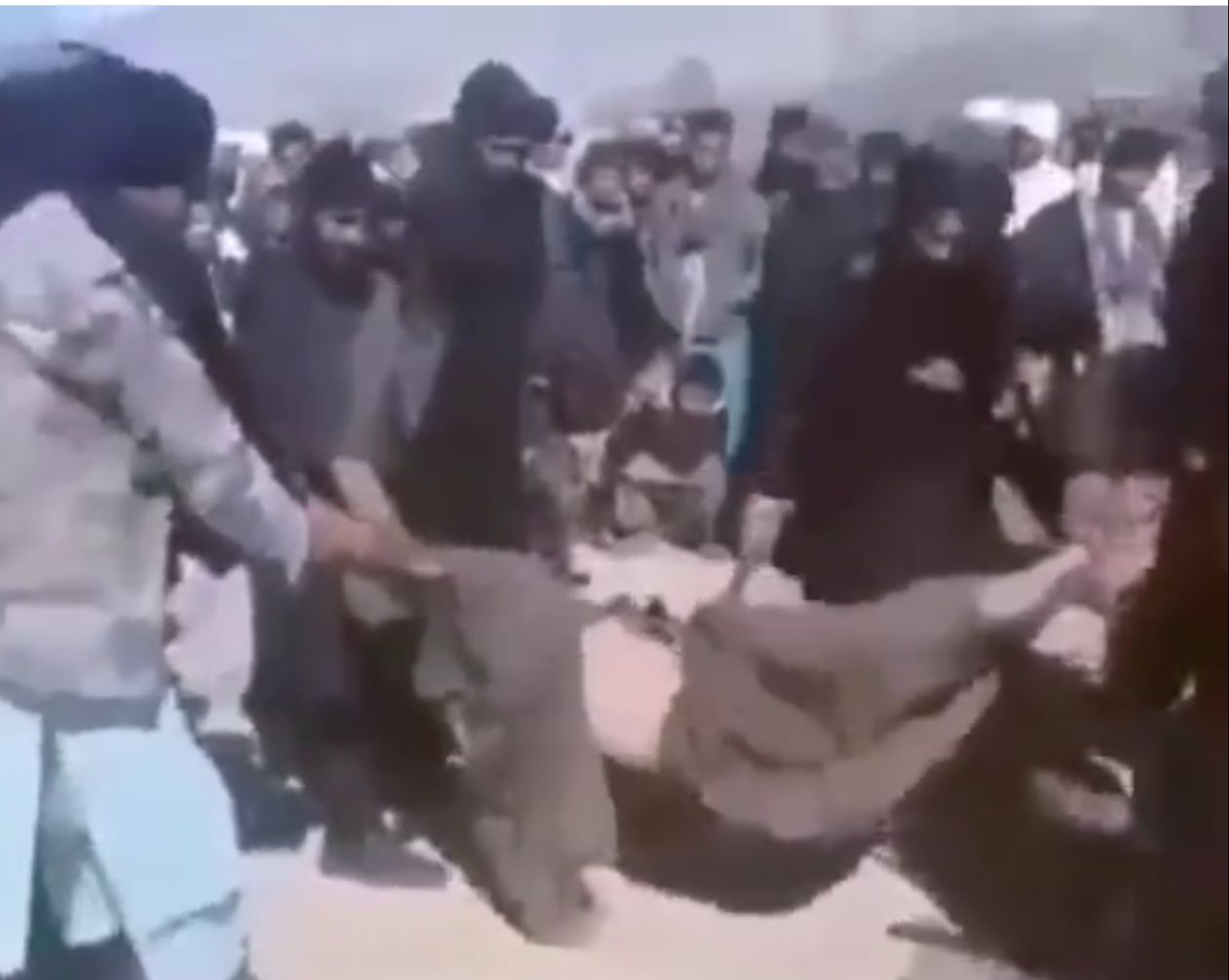 This article has been translated into English from Dari.

“The Taliban have reached the gates of Kabul. They have said they will not enter Kabul as long as negotiations continue in Qatar. The group demands a peaceful transition of the Afghan capital,” the news bulletin on radio began that morning in mid-August.

I was sitting in my office, looking out of the sash window in fear. The city was in a strange state of anxiety. I saw people rushing from side to side. Although there were no reports of Taliban fighters in Kabul yet, the negotiators between U.S. President Joe Biden and Ashraf Ghani’s government with the Taliban left no doubt that the Taliban had returned. Everyone was afraid of the Taliban for their own reasons, and I, as a gay journalist, feared for my life.

The night before, I met Nabi, my gay friend, in the dark of night. Kabul was still calm, but fear overshadowed our encounter more than ever. I loved Nabi beyond my friend. He was my crush. I thought he loved me too, but we were too shy to talk about it. In the dark of that night, I held his hand in central Shahre Naow, a neighborhood in Kabul. I told Nabi that we didn’t really know what would happen tomorrow. Let’s hold hands and walk together on a street in the heart of Kabul. I told him I was sorry I had not expressed my interest in him earlier.

In the middle of the park, which was completely dark due to lack of electricity, we stood facing each other and kissed. The sound of gunfire could be heard in the distance but our kiss continued. He returned home and I went home unaware that this was the last night I would see Nabi and the last night Afghanistan would be free.

One hundred days have passed since I gathered my belongings from the office, and for fear of the Taliban attacking public places, I walked for miles to reach a safe place. Nabi and many other LGBT friends left Afghanistan with international organizations, but thousands of LGBT people like me stayed behind. Our friendship groups disintegrated. One by one, our social media pages disappeared and we tried to erase any traces of our lives so that they would not fall into the hands of the Taliban. We were worried that if one of us was arrested, he would expose others under pressure and torture.

The news of the arrest of some of our friends was published online. In September, images of a young gay man being flogged were posted on social media. The young man, who has now fled to one of Afghanistan’s neighboring countries, had been exposed to the Taliban by one of his neighbors. The neighbor had informed the Taliban that a “feminine man” lived in the house next door and should be punished.

The news of his flogging encouraged many LGBT people to seek a way out of the country. At the same time, international organizations reported that the Taliban had access to a list of Afghan LGBT people. The Taliban created a new trap out of this anxiety. There have been reports that the Taliban, using fake phone numbers and e-mail addresses, have called LGBT people and offered help on behalf of international human rights organizations. LGBT people were arrested and tortured after they arrived at the locations provided.

Images of the lashing of a gay man in Baghlan were released as he allegedly tried to flee Afghanistan with his transgender friend in October.

Many lesbian women, for fear of being identified and forced to marry Taliban fighters, either married gay friends, were forced into family marriages, or went into hiding. Women do not have the right to live without a male guardian and are generally excluded from work and social life as well as education.

Now, according to the World Food Program, 95 percent of Afghans do not have enough food to eat, people do not leave their homes for fear of the Taliban, there is no work or economy, and in addition to all this, for us LGBT people, death is the only option.

And what did the world do during this time? Iran, Russia, and China are mocking the withdrawal of U.S. troops at the behest of Joe Biden. For them, their own interests and ideology are more important than anything else. In the ideology of the Islamic Republic of Iran, the Communist regime of China, and the dreaded Putin regime in Russia, LGBT people have no choice but to die.

Where is Joe Biden’s America? Shaking hands and taking pictures with the Taliban.

On a hot summer day, the Taliban captured Kabul and changed our lives forever. The world witnessed this change and did not stop the group that previously had been locked away in the most dreaded prisons in the world. President Biden laughed at us and said he is not interested in making nations. Joe Biden preached human rights and wrapped himself in a rainbow flag to get elected, but his record speaks for itself. It’s what he did to us. We do not forget.

Fear then hope gives way to chaos as a married, gay father attempts to flee Afghanistan