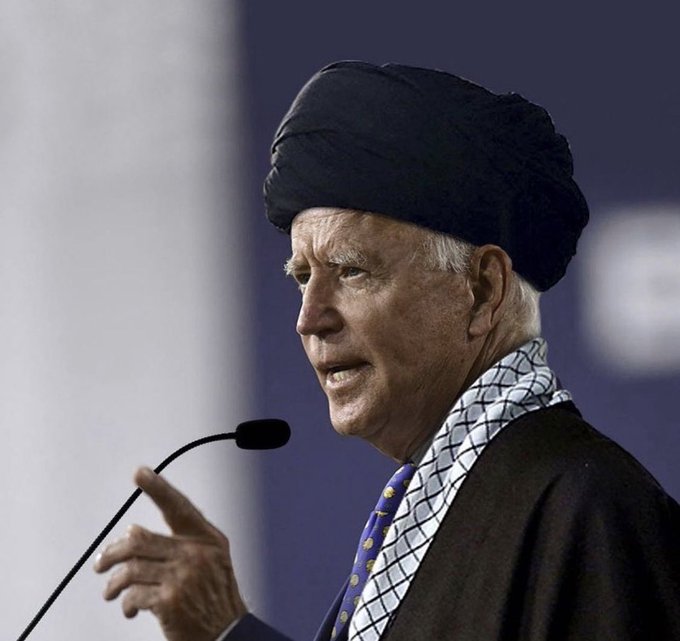 The past few weeks in Iran have arguably been the most tumultuous in the history of the Islamic Republic. Many have compared the ongoing protests with the final days before the fall of the Shah. This movement could be just as consequential — if only the US responds appropriately.

The protests were sparked by the death of Mahsa Amini, who was killed by the Iranian morality police for not abiding by the strict Iranian dress code laws. This is the longest continuous protest in Iran since the revolution in 1979. Largely led by women, protesters are asking for one thing: The Islamic Republic regime to be replaced with a modern democratic government. And it is not only adults. Many videos and photos of teenagers have been published on social media chanting for death to the dictator and showing their middle fingers to Ali Khamenei, Iran’s religious dictator.

For the first time since the 1979 Islamic Revolution —when the monarchy was overthrown and replaced with the Islamic Republic as we know it — the protesters have become more diverse and include people from different economic backgrounds.

Iranian security forces attacked the protestors using live bullets, shotguns, and tear gas. Hundreds of protestors have been arrested, including activists and journalists. Some of those who were released on bail have shared their experiences from their time in custody.

The precise number of protesters killed is unknown, but the Iranian regime has claimed the official number to be more than 200. Among those killed were teenagers as young as 16 years of age.

Iran’s internet and satellite television are the primary sources of news for Iranian citizens, especially those protesting. However, since the protests have started, internet service and satellite TV broadcasting has been disrupted.

The protests throughout Iran have caught international attention as well. In solidarity with the protesters, the EU will be imposing sanctions on individuals involved in the mass killings of Iranian freedom fighters.

The Biden administration, however, has taken a different approach. The protests in Iran began at the height of his effort to sign a deal with the Iranian Islamic regime. While people were being shot and killed in the streets of Iran, the Biden administration was chasing an agreement with the mullahs, paying them billions of dollars in return for their “promise” to avoid mining uranium for military purposes.

Iranian official news agencies used the reports about the potential deal with the US in their propaganda campaigns against the protestors to show that the “most powerful country in the world” is showing concern for the protesters, but rather they are ingratiating themselves with the Islamic Republic.

The reports detailing the prisoners’ exchange with the US and the releasing of $7 billion to the mullahs came out on the same day that Nika Shakarami, a 16-year-old girl, was arrested, raped, and then killed by security forces in Tehran.

Many on social media started tagging President Biden in their posts holding him accountable for his silence and asking him to act. He did nothing in response, at least nothing of import. He ceremoniously “imposed sanctions” that were already in place, effectively doing nothing. He further sanctioned the Iranian minister of interior affairs, who has been wanted by Interpol since 2007 for his alleged participation in the bombing of a Jewish community center in Buenos Aires, Argentina.

While many female officials worldwide showed solidarity with the Iranian women protesting in the streets, US Vice President Kamala Harris, like her boss, also remained silent. Even Michelle Obama, who has been consistently praised and exemplified for her so-called role in empowering women, made no comment. Pete Buttigieg, the gay Secretary of Transportation, has ignored and turned a blind eye to the participation of the LGBT community in the protests.

Robert Malley, Biden’s special envoy to Iran, turned his back on the Iranian protestors who were chanting “death to the Islamic Republic” and made it clear that the Biden administration doesn’t want a regime change in Iran. He denigrated the aim of the nationwide protests calling them demonstrations over “not wearing the headscarf”, and he said to NPR that the US policy is “not a policy of regime change.”

The statement has triggered a new wave of anger towards the Democrats, President Biden, and his administration. A few Iranian cartoonists have even caricatured Biden with a turban and mullah’s clothes. They call him Ayatollah Biden and mock him for being “the potential next supreme leader of the Islamic Republic of Iran.”

Many Iranians remember how the Jimmy Carter administration backed the Islamic revolution in Iran by not supporting the Shah of Iran, who was the ultimate US ally in the region. They also remember that Carter was among the first world leaders who accepted Khomeini as the legitimate political leader of Iran after the revolution. Iranian protestors who view US Democrats as the main catalyst for their decades of pain are asking Biden for one favor: Don’t say anything. We don’t need you.