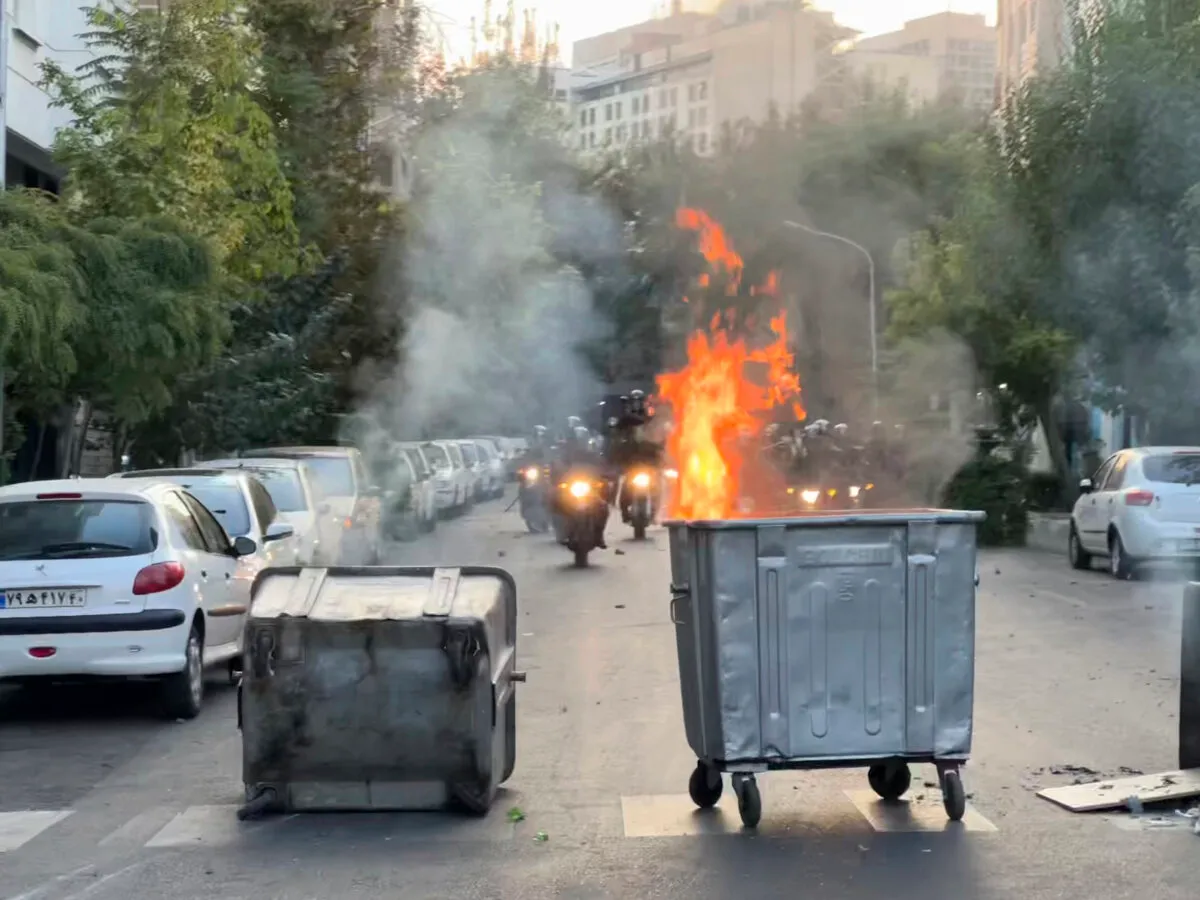 More than a week after two lesbians in Iran had been sentenced to death, many, including the European Union and the United Kingdom, have asked the Islamic regime of Iran to drop the charges and release the two women. Still, Joe Biden’s government has refused to take a direct and precise position.

Then, the killing last week of Mahsa Amini, a 22-year-old Iranian girl who was beaten to death by the morality police in Iran, triggered anti-regime protests all around the country. Over the past few days, many international figures and western democracies have taken a clear position about Iran’s ongoing violation of human rights. They have asked the Iranian regime to step back and respect international human rights values. The only irrelevant voice came from Joe Biden’s administration. While the world had already moved on from having a nuclear deal with the mullahs, Joe Biden obsessively wanted to shake hands with them and limit the whole “Iran issue” to the regime’s nuclear program. And to make that happen, he is ready to sacrifice all American values.

You ask how? Let’s go back to the death sentence for two lesbians in Iran. The only reaction of the Biden administration was at the level of the deputy spokesperson of the State Department, Vedant Patel, who gave a brief response to a journalist who wanted to know where the U.S. stands on the matter. During the press conference on Sept. 7 at the State Department, he said the U.S. is following the case closely and condemns any punishments based on people’s sexual orientation. He refused to comment further or react decisively to the possibility of hanging two gay women in Iran.

The death sentence for two lesbians in Iran was issued at the same time as the nuclear negotiations between the Islamic regime and Joe Biden. Many Iranians believe that Biden turned his eyes to the ongoing breaches of human rights in Iran to avoid “annoying” the mullahs.

The silence of Joe Biden’s government raised severe concerns within the LGBT community in Iran. In interviews with the که correspondent in Tehran, they expressed concern about what they call “the ignorance” of the U.S. government.

Alireza, a gay man from Tehran, says, “When Biden handed over Afghanistan to the Taliban last year, he sent a direct and clear message to everyone that the United States does not care about human rights and prefers to be the friend of human rights violators rather than the victims of human rights violations.” Alireza, referring to the sentence of Sareh and Elham Chobdar, continues, “While it seems that the regime wants to kill these two lesbians to scare us even more, Biden’s administration, which fooled many LGBT Americans with the empty promises of supporting the rights of minorities all over the world, as soon as he took over the office, clearly and openly shakes hands with the most horrifying regimes on earth including the Taliban and Islamic republic of Iran.”

Maryam, a lesbian from Tehran, told که: “I was disgusted to see Biden’s administration’s response to the possible killing of two people were at the level of a deputy spokesperson. Do they expect us to thank them? It would be better for us if they did not show this reaction.”

Maryam also pointed to the killing of a 22-year-old woman because of her appearance and Biden’s response to it. ” Just three days ago, a young woman was killed because a few strands of hair were sticking out from under the mandatory hijab. What did the Biden administration do? He sent a message that he wanted to meet with Ibrahim Raisi, now in New York. Why did you let the murderous President of the Islamic Republic into America?”

Ashkan, a gay man from Mashhad, remembers President Trump banned Iranian authorities from travelling freely to the U.S. “During the time of President Trump, the Mullah’s diplomat couldn’t travel freely to the U.S., but it seems that Biden intends to welcome and bow to them. Ibrahim Raisi is accused of issuing death sentences for thousands of political prisoners in 1988. President Trump’s administration previously sanctioned him. Now, the president insults us LGBT people and publicly calls for our death is traveling to the U.S. to be sitting next to Biden.”

Ashkan says he believes Joe Biden has turned the U.S. from the “cradle of freedom” into a country supporting dictators. “Joe Biden is a friend of the Taliban and a friend of the murderous regime of the Islamic Republic. I am glad that bin Laden is dead; otherwise, Biden would have supported him.”

Asal from Isfahan says that he believes that Joe Biden has lost his mind. “It’s like he lost his mind. What he is doing doesn’t make any sense. We used to think America was our friend. But in practice, Joe Biden’s administration destroyed the reputation of America. Democrats can no longer talk about supporting democracy when their beloved President doesn’t care about two lesbians being sentenced to death, and one young Iranian woman got killed because of her appearance.”

Over the past 24 hours, at least 15 Iranian cities were protesting the Iranian regime and calling for the supreme leader to resign. Many protesters got killed or injured, and many more have been arrested. Recent horrifying pictures and videos of Iranian protesters covered in blood, forced televised condemnations of women rights activists, death sentences for LGBT activists, and the regime’s recent effort to terrorized and kidnap journalists and activists in the diaspora shook the world.

They made world powers, even the softest European governments, ready to move on from the current regime. But guess what the most recent sentence which came out of Biden’s mouth about Iran was? “U.S. will never allow Iran to acquire a nuclear weapon.”