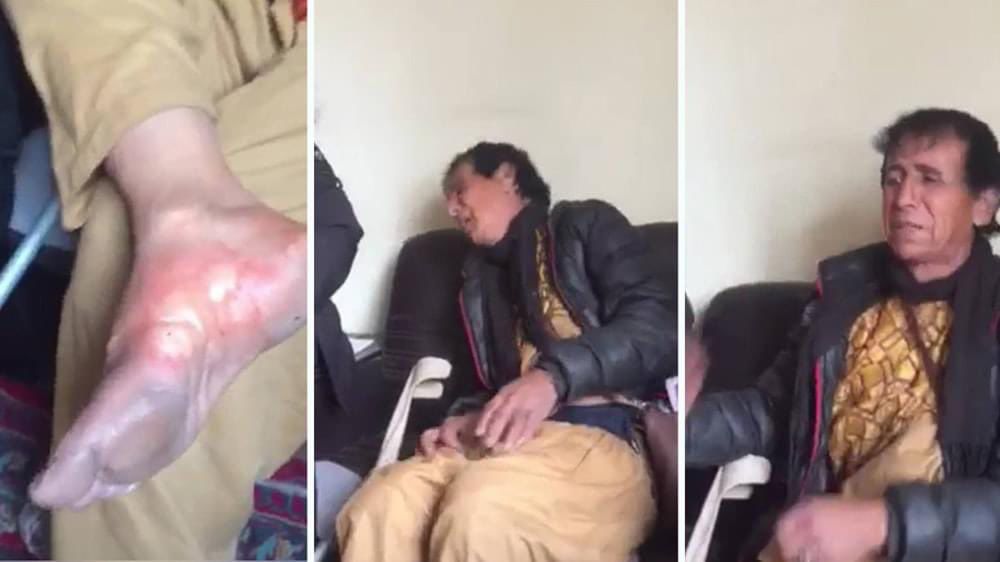 An Afghan transgender activist claims he was burned and tortured by a group of local Taliban fighters in the western province of Herat before being evacuated from the country.

Sabour Husseini, 65, who also goes by the female name Laila, entered Islamabad in Pakistan hoping to soon fly to a European country in order to seek asylum.

Two weeks ago, a group of Taliban fighters tortured Husseini after he refused to have sex with them, he says. Exclusive photographs provided to Outspoken Middle East show burns left on Husseini’s feet by the attackers.

“There were three people, and their faces were covered. They beat me, and I was screaming, and then I was unconscious,” Husseini said.

This was not the first time Husseini was beaten by unknown mobs over the past couple of months. Even before the fall of Afghanistan, Husseini says he was targeted and beaten by Taliban fighters in an incident that left one eye with 90 percent vision loss.

Husseini was told the attacks were punishment for his sexual identity and activism. “I don’t know for how long the transgender community will be facing these problems. They hate us,” Hussieni told OSME.

For the past 40 years, Husseini taught at a primary school in the Guzara district, which required a ten kilometer commute from his home in the city of Herat, which he made on foot. He says he was often mistreated by men when he went out.

Husseini usually wears a hat, shirt, and tie as a disguise, but says this attempt was fruitless in many instances because he has long hair and a manner of walking that draws attention.

Only last year Husseini finally began to speak to the media about his identity and situation. He says his parents abandoned him as a child, so he lived with an aunt.

In 2020, Husseini received the International Award for Devotion to Art by Art International in acknowledgement of his efforts for transgender rights and combating violence against women.

Transgender people all over Afghanistan face a harrowing situation. The return of the jihadist Taliban government to Kabul has only made matters worse. The Taliban took control of the city last summer after U.S. President Joe Biden brokered a deal with the terrorist group. Under President Donald Trump, the Taliban agreed not to attack foreign forces, to sever ties with jihadist groups, and protect human rights. But since Biden handed control of the country back to the Taliban, reports of attacks against LGBTs have escalated, with many LGBT Afghans blaming Biden for the violence.