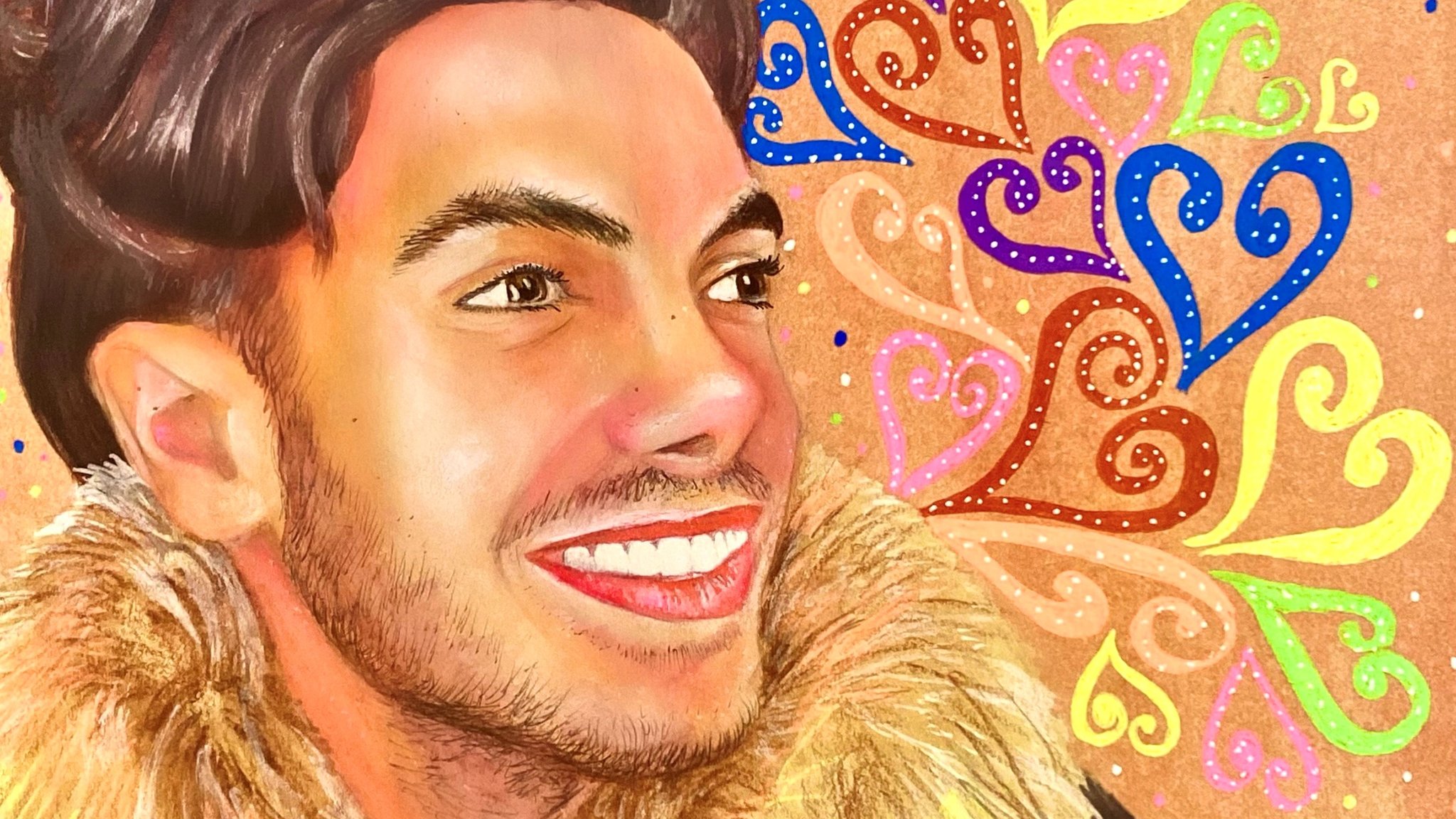 Artwork made in tribute to Ali Fazeli Monfared // Instagram

Ali Fazeli Monfared, known to friends and on social media as Alireza, was reportedly kidnapped and beheaded in Ahvaz, southwest Iran, on May 5, 2021 after family members discovered he was gay. His body was reportedly found discarded by a palm tree a day after his mother was told he was dead and was instructed where to find his remains.

This week, friends of Monfared colored his grave with a rainbow flag on his birthday. If Monfared were alive, he would have turned 21 this week.

Monfared was recently exempted from the Iranian regime’s compulsory military service. When his exemption card was sent to their home, his brothers found out his sexual orientation by looking at a phrase on the card.

The Iranian government allows some LGBT people, especially transgender people, to be exempt from compulsory military service if they prove their “sexual disorders.” Many homosexuals use this legal remark to save themselves from the two years serving the Iranian army and the revolutionary guard.

Men over the age of 18 who wish to leave the country need to be exempted from military service. Otherwise, they will not receive a passport.

Before he was killed, Monfared intended to fly to Turkey to join his boyfriend just days later, apparently in the hope of applying for asylum in Europe.

According to the Jerusalem Post, a close friend of Monfared’s claims that on the day of his murder “At 7 p.m. on Tuesday, Alireza had a phone conversation with his mother for the last time. Then his half-brother came to him and on the pretext that their father wanted to see him, got him into the car and drove him outside the city.” After the murder, the alleged killers told Monfared’s mother where to find his decapitated body. The mother was hospitalized due to shock following the discovery, according to reports.

To date, no report has been published on the punishment of Monfared’s killers. On his 21st birthday, friends secretly visited his grave in southern Iran and took photos posted to social media.

Being gay in Iran is punishable by death. Those who harass LGBT people are not punished, and their actions can be justified and even encouraged under Iranian government law.