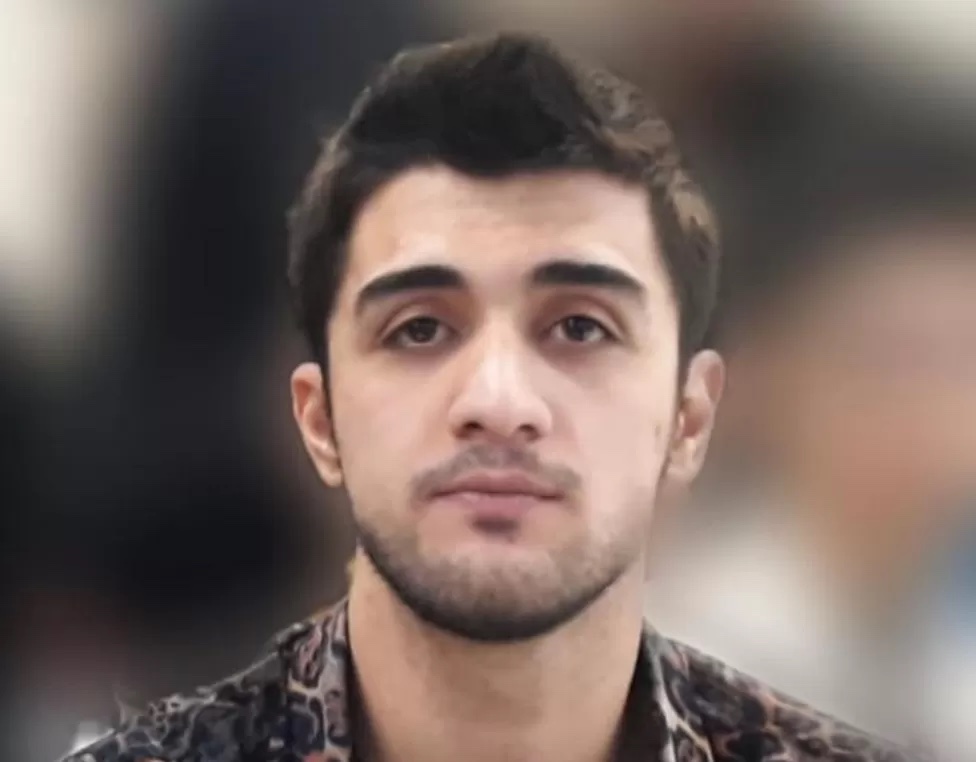 Mohammad Mehdi Karami, 22, was executed over the weekend by the Iranian regime // 1500TASVIR

Two young men were executed over the weekend after taking part in the nationwide publicized protests of the Iranian government. The Islamic Republic news agencies proudly reported that the two men were hanged for the alleged killing of governmental security forces last year.

In reaction to the executions, former ambassador to Germany and U.S. Cabinet member during the Trump administration Richard Grenell said, “It is time for European governments to recognize that they must not give aid and comfort to these radicals in Tehran.” He tweeted his reaction along with the photos of the two executed young men.

Mohammad Mehdi Karami, 22, was arrested in the city of Karaj, close to the capital Tehran, on Nov. 3. The arrest followed the funeral of a fellow protester accused by judicial authorities of instigating “corruption of the land”.

“Dad, I’ve been given the death penalty. But don’t tell mum,” Mohammad Mehdi Karami told his father during a phone conversation from inside prison, according to sources. “They sentenced me to death based on the forced confession I made,” he continued. Mehdi Karami then divulged that his interrogators molested him, touching his genitals, and threatened to rape him if he didn’t confess. “He keeps touching my penis and says if I don’t confess to what he wants, he will rape me,” Mehdi Karami said to his father.

Mehdi was a gymnast who dreamed of competing in the Olympics, and he even has the Olympic logo tattooed on his arm. He denied all accusations and allegations and asked for a personal lawyer to help him, a request that was never granted.

The other executed protestor, Mohammad Hosseini, 39, was also arrested in Karaj on Nov. 3. Not much is known about him as he was an orphan who kept to himself with few associates. He worked with poultry in an agricultural job. According to his Instagram account, Hosseini was a supporter and promoter of the “Women, Life, Freedom” movement since its inception, where he was in the streets fighting for the movement nearly each day for months.

The total number of protesters known to have been executed in the aftermath of the political unrest is now four. However, that number may soon rise as Iran’s news agency announced this week that five more people were sentenced to death for “waging war against God”.

Demonstrations against the clerical establishment erupted in September following the death of a woman detained by morality police for allegedly wearing her headscarf “improperly”. At least 516 demonstrators, including 70 children, have been killed so far in the unrest, and 19,262 others have been arrested, according to the foreign-based Human Rights Activists’ News Agency. Since no independent human rights organization is allowed to operate in Iran, the real numbers of victims is undoubtedly higher.

In a speech on Jan. 9, Ali Khamenei, the Islamic regime’s dictator and “supreme leader” praised the recent executions. He called the protestors “betrayers” and asked the regime’s judiciary to “confront them harder”. Over the past couple of months, protestors have specifically targeted Khamenei with their expletive-filled slogans aimed at intentionally disrespecting the supposed sanctity of his position.

As Grenell mentioned in his tweet, Iranian protestors are shaming the American government and its European allies for not supporting their movement in Iran against the dictatorship. Instead, they are preoccupied with saving a nuclear agreement with the Islamic regime.

Following outrage over a fried chicken shop’s slogan, Kuwait cracks down on LGBTs