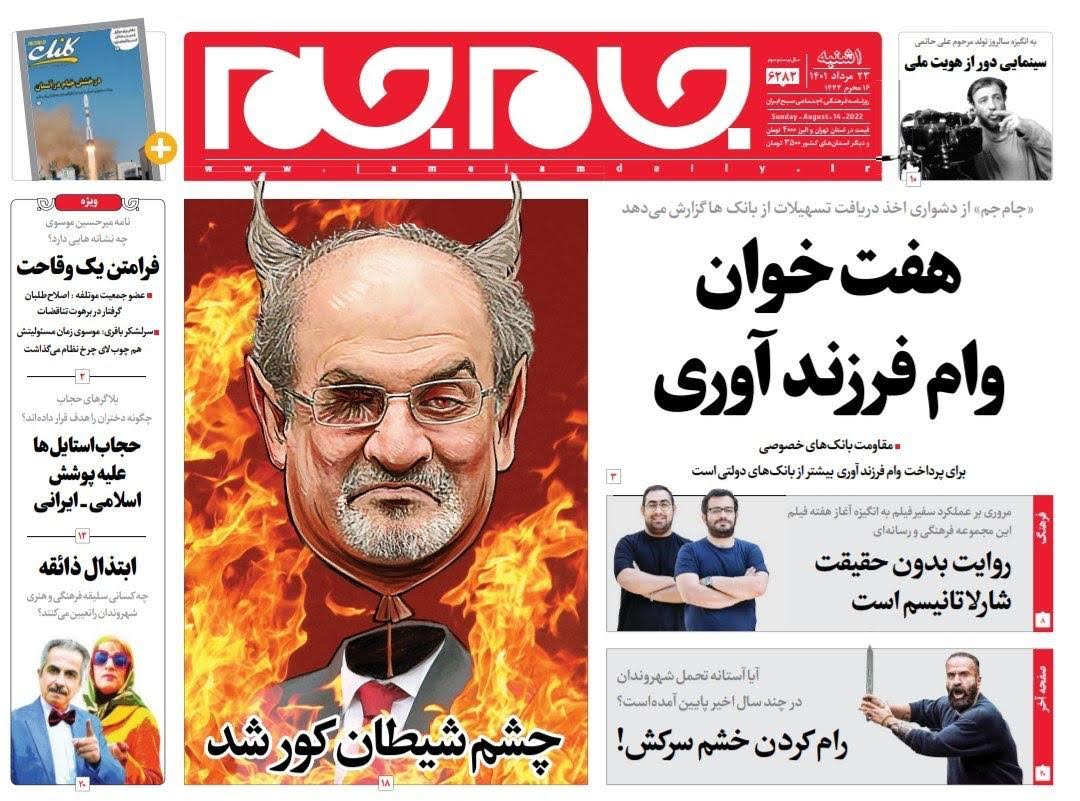 The Islamic regime of Iran has denied having any role in the Aug. 12 attack on author Salman Rushdie but continue to claim the author had only himself to blame for crossing what the government called the “red line” over Islam in his writings.

Rushdie, 75, was stabbed numerous times in the neck and abdomen on Friday as he walked on stage prepared to give a speech in western New York state. His injuries have been categorized as severe and life-changing, but he is expected to recover.

Hadi Matar, the 24-year-old New Jersey man arrested at the scene, was charged with second-degree attempted murder and assault with a weapon. His accounts on social media show he was connected to the Iranian Revolutionary Guard, a terrorist entity that was sanctioned by former U.S. President Donald Trump’s administration.

Iranian state media have celebrated the stabbing attack on Rushdie and called it a “divine vengeance.” Iranian supreme leader-owned Kayhan newspaper have praised what happened to Rushdie every day since the attack occurred and threatened that U.S. officials will be the next target. “Salman Rushdie got divine vengeance. Trump and Pompeo are next!” a headline in the paper recently read.

Iranian state-backed radio and television broadcast hours of celebratory content and called the terror attack “god’s will.” Jaam e Jam newspaper, which is owned by the state television broadcaster, celebrated the assassination and headlined: “Satan’s eye has been blinded!”

Ameneh Sadat Zabihpour, a senior journalist with Iranian state radio and television, called the attack “a revenge for Qasem Suleimani’s assassination” and has asked for more attacks on U.S. soil. Twitter has not removed her post. She also tweeted: The shadow of revenge is a nightmare of the killers of General Soleimani. After Haj Qasim, they [the U.S. authorities] will not see peace again.”

Several Iranian officials have reacted to the assassination of Rushdie and congratulated the attack on “all Muslims.”

“The Islamic Republic doesn’t need to send IRGC to the heart of the enemy,” said Javad Karimi Ghoddousi, an Iranian MP. “There are zealots with firepower aware of our positions. If they get an opportunity, they’ll take revenge on the likes of Trump and Pompeo, etc.,” he added.

Ayatollah Khomeini, the founder of Iran’s Islamic regime, issued a fatwa against Rushdie in February 1988 over Rushdie’s book The Satanic Verses, which Khomeini did not read.

In the fatwa, or Shia religious order, Khomeini urged “Muslims of the world rapidly to execute the author and the publishers of the book” so that “no one will any longer dare to offend the sacred values of Islam.”

He only heard about the book on Radio Israel’s Persian service daily news bulletin on the night the book was published. Before that, Rushdie was praised by the Islamic Regime’s authorities and even awarded for his book The Midnight Children.

After Khomeini issued the fatwa, the Iranian regime needed to handle the political crisis that the fatwa created so they tried to buy and transfer a copy of the book from London. The regime did not have experienced translators to understand the concept of “magic realism” and failed to correctly translate it to Persian. Many Iranian analysts believe the Iranian regime was trapped by its disinformation campaign about the book; hence they never stepped back from their position. Khomeini got sick and died a few months after he issued the fatwa, leaving him unable to fix the mess he created.