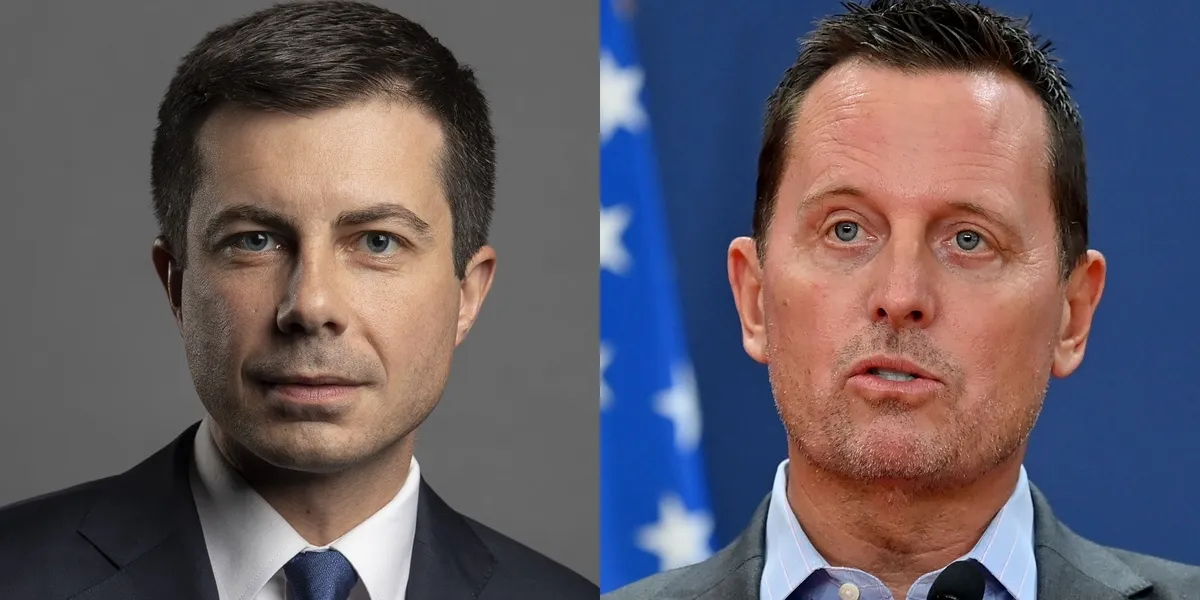 Iranian government television says the so-called “human rights-related sanctions” against Grenell are due to a “constant breach of human rights values and the promotion of homosexuality.” Iranian state television accused Grenell, who is also the former U.S. ambassador to Germany in the Trump administration and who is openly gay, of “promoting homosexuality to reduce the population of Muslim countries.”

Many international platforms reacted to Grenell’s sanctions over defending LGBT rights globally, I thought it might be a good idea to hear what the Iranian LGBT people think about the Iranian regime’s recent move to sanction Grenell and the bizarre remarks on the state television.

Mohammad, a gay man from southern Iran, pointed out that Grenell is in touch with many LGBT individuals inside Iran. “Once Richard posted on his social media in Persian, I sent him a private message. He answered me a few hours later, and I could not believe that I was talking to a senior American official who is a gay man like me. I told him my life story, and he wrote back with sympathy. He said that our lives were important to the officials of the United States at that time and said that I should not lose hope and I could be sure that I have many non-Iranian brothers and sisters around the world.”

Fariborz, a 21-year-old man from Tehran, referred to corruption in Iran. “Non-Iranians may not know, but I try to explain the concept of human rights in Iran,” he said mentioning the so-called Islamic Republic High Council for Human Rights the state’s alleged human rights body which acts as a subdivision of the judiciary.

“The current executive of the council is Kazem Gharibabadi, a former Revolutionary Guard commander who has ordered the massacre of a Kurdish minority. The former secretary of the Human Rights high Council was Amoli Larijani, who, along with his brothers, ordered the killing of protesters against the Islamic government and defended the execution of dissidents. It is expected that when such people are running the country, Richard Grenell could be seen as a ‘danger’ to their version of human rights.”

Arshia, a 35-year-old gay man from Tabriz, was fascinated that current administration officials were left off the sanction list, one in particular. “It was interesting that the current U.S. Secretary of Transportation, Pete Buttigieg, who is openly gay, was not among those sanctioned. He is not even in power anymore! It does not really matter to the Islamic Republic if you are gay or not as long as one’s activities trouble them. Secretary Pete Buttigieg is a gay man, but because his Democrat boss, Joe Biden, is a friend of the Iranian mullahs, he will not be sanctioned. Richard Grenell showed that he was not a friend of the Iranian regime, but he seriously endangered them. He fought for our better lives. He could have had it easy! He could have said it did not matter to him. Like Secretary Pete Buttigieg, he could have just kissed his husband in front of cameras and signed deals with Iran and Russia behind closed doors. But he did not do that,” he said.

Mahsa, a lesbian from Mashhad, described Grenell as inspiring. “When you see an LGBT person become the U.S. Ambassador to one of the most key countries in the world and then become the Acting Director of the National Intelligence, a person like me could dream one can succeed and reach the highest level,” she said. “When I first heard of Richard Grenell, I thought that if I were born in the U.S. and not in the mullah’s Iran, it would have been possible for me, too. The Islamic regime does not like us to be ambitious and dreamy.”

Alireza, a gay man from Zanjan, referring to assertions from Iranian television that Grenell intended to reduce the Muslim population by promoting homosexuality, said, “Ali Khamenei has been saying for several years that Iran’s population should multiply. At the height of the economic crisis, he wants to increase his so-called ‘Islamic state’ by encouraging the illiterate to have children. Create poor, ignorant, and superstitious societies so that mullahs can govern them more easily. It is natural to treat homosexuality like an anti-population virus with such a morbid attitude and plans. These are a handful of illiterates who rule Iran.”

Iran is one of the few countries where LGBT people face the death penalty. Iran has executed at least four LGBT people in the past 12 months. International institutions also accuse the Islamic Republic of forcing homosexuals to change their gender.