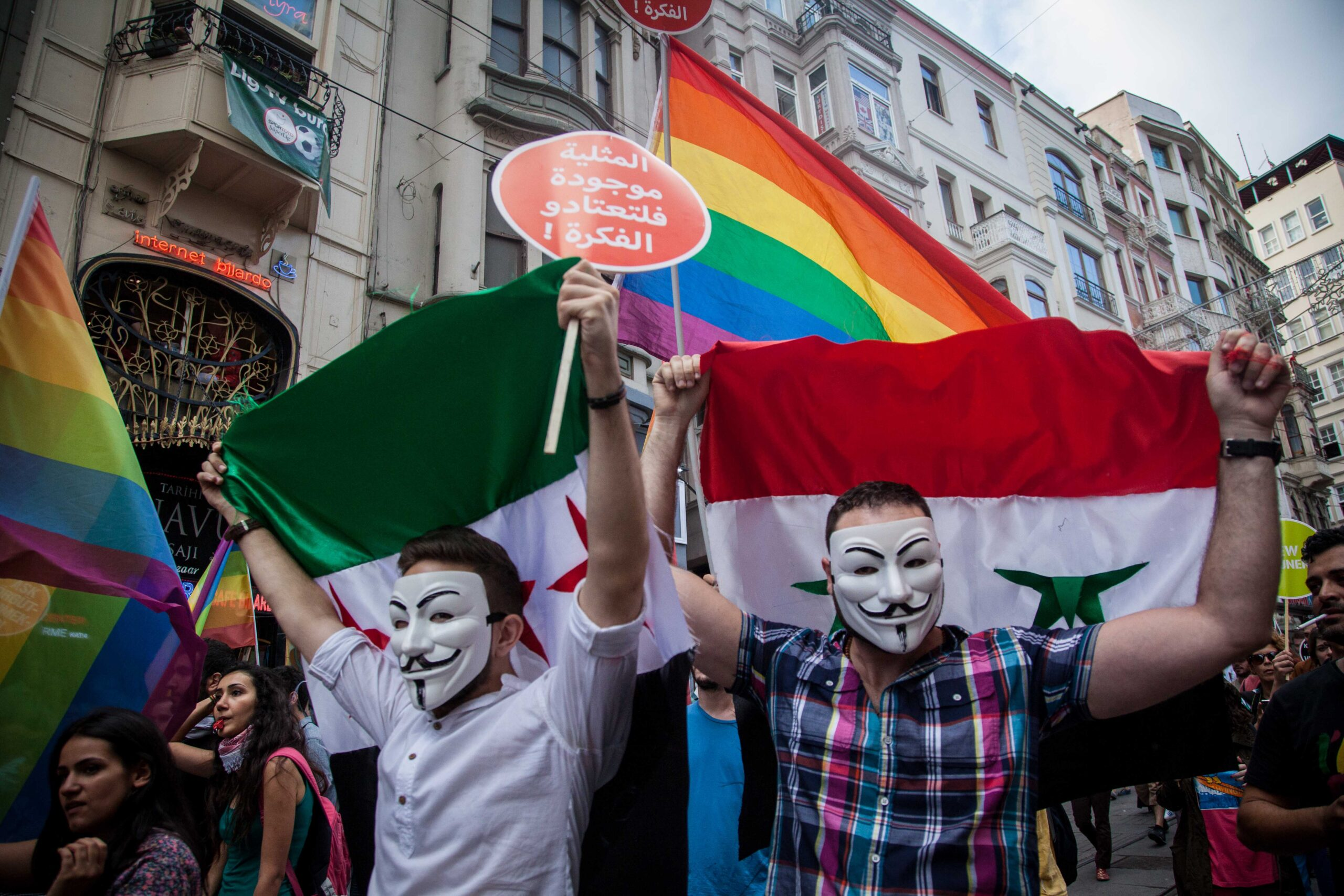 Syria’s dictatorial regime has long incited hatred and violence toward anyone who is outside the prevailing standards and expectations of the society. Article 520 of the Syrian penal code and other laws are used to criminalize the LGBT community in Syria.

In an attempt to change stereotypes in society and demand their rights, many initiatives carried out by LGBT activists often disappear due to a lack of organization that would ensure continuity.

Now, another group has formed that hopes to make headway where other efforts have failed. On Dec. 1, LGBT activists in Syria released an introductory video for an organization concerned with defending the rights of individuals with non-standard sexual and gender identities, in a first step towards demanding an end to the violations suffered by members of the Syrian LGBT community.

The new organization calls itself Syrians for Gender and Sexual Equity and says it provides services to all members of the LGBT community in Syria–regardless of their political, ethnic, sectarian, regional, or other backgrounds–providing them legal, social, and psychological support, and developing capacity-building procedures for activities and empowering members to integrate their voices within other social and rights-based movements.

Hussien, the organization’s communication coordinator, said the formation of the group happened spontaneously. “The idea of establishing this organization came after a training on Zoom. We were Syrian activists from all the cities in Syria and outside, eagerness to stop the violations made us work voluntarily to create a space where we can help the members in danger and raise the awareness in the LGBT community,” he told Outspoken Middle East.

Activities are working under serious security conditions, as the Assad regime has always accused LGBT rights defenders of being agents of the U.S., which subjects these activists to charges of treason and dealing with hostile actors, claims the Syrian government uses to eliminate any intellectual or cultural activity that calls for freedom and social equality.

“We face funding problems. Donors are afraid to provide funding because we do not have a license for the organization. We work voluntarily and from our own resources. We’ve developed protection protocols, started working on programs and awareness activities, and we’re launching the hotline early next year,” Hussien said.

LGBT rights organizations face many problems, the most important of which is legal licensing, as the Syrian government refuses to allow the presence of organizations defending the rights of the LGBT community. Likewise activists are subjected to prosecution, forced disappearance, and other penalties related to the promotion of Western ideas.

Dima, a transgender person living in Damascus, told OSME, “We live in tragic situations every day. I was expelled from university because of my different gender expression, the world turns a blind eye to the violations and discrimination, we feel isolated, we don’t need to wait for the world to move, we should start putting ourselves together to make a change.”

Syria has been experiencing a bloody conflict for more than ten years, during which cases of abuse against LGBT members have increased, including forced disappearances, arrests, and sexual assaults in various areas controlled by rival militias. International organizations defending the rights of LGBT individuals seem incapable of finding any solutions that help vulnerable individuals inside Syria. The international media, which claims to defend sexual and gender freedoms, overlooks what LGBT members are exposed to in Syria from ongoing atrocities, many Syrians believe.