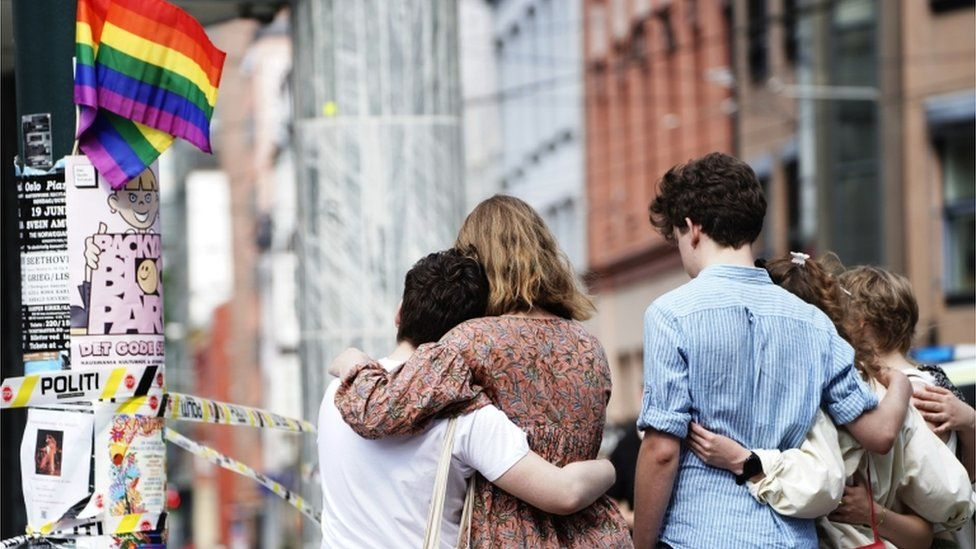 A 42-year-old Norwegian–Iranian man has been arrested and charged with murder, attempted murder, and terrorist acts after a shooting in the centre of Norway’s capital, Oslo.

Two people were killed and 21 injured in the attack on a busy nightlife district.
There was gunfire at about 01:00 local time (23:00 GMT) on Saturday, in three locations including a gay bar.

Shots were fired at the London Pub, a popular gay club, and near the Herr Nilsen jazz club and a takeaway restaurant.

The suspect, charged with terrorism, is a Norwegian citizen originally from Iran, and was “known to the police,” but has only received “minor convictions” up until now, prosecutor Christian Hatlo told news agencies in Oslo Saturday.

Norway’s domestic intelligence service said it was working to clarify whether more acts of violence may be planned after the shooting. The Norwegian Police Security Service (PST) announced in a tweet Saturday that it was “informed about the shooting in Oslo on Saturday.”

Oslo’s annual Pride parade has been cancelled following police advice. “We will soon be proud and visible again, but today, we will share our Pride celebrations from home,” a statement on the Oslo Pride website said. Norwegian Prime Minister Jonas Gahr Stoere called it a “terrible and deeply shocking attack on innocent people.”

“I saw a man arrive with a bag, he picked up a gun and started to shoot,” journalist Olav Roenneberg of public broadcaster NRK said.

One witness in the London Pub told NRK that he had been hit by flying glass. “I was in the outer bar in London when it happened. I just noticed that a shot was fired, and I was hit by a shard of glass. There were more and more and more shots, so I escaped into the inner bar and tried to get as many as possible with me,” he said.

“At first people did not understand what was happening, but then there was panic.” In a Facebook post, the team at the London Pub called the shooting “absolutely horrific and pure evil.”

“Our thoughts go to the dead, injured and relatives,” the post added. “All employees… are safe and physically unharmed. Take care of each other during this time.”

A woman told the Verdens Gang newspaper that the gunman had taken careful aim at his targets. “When I understood that it was serious, I ran. There was a man covered in blood motionless on the floor,” she said. Another man told the newspaper he had seen a lot of people on the ground with head wounds.