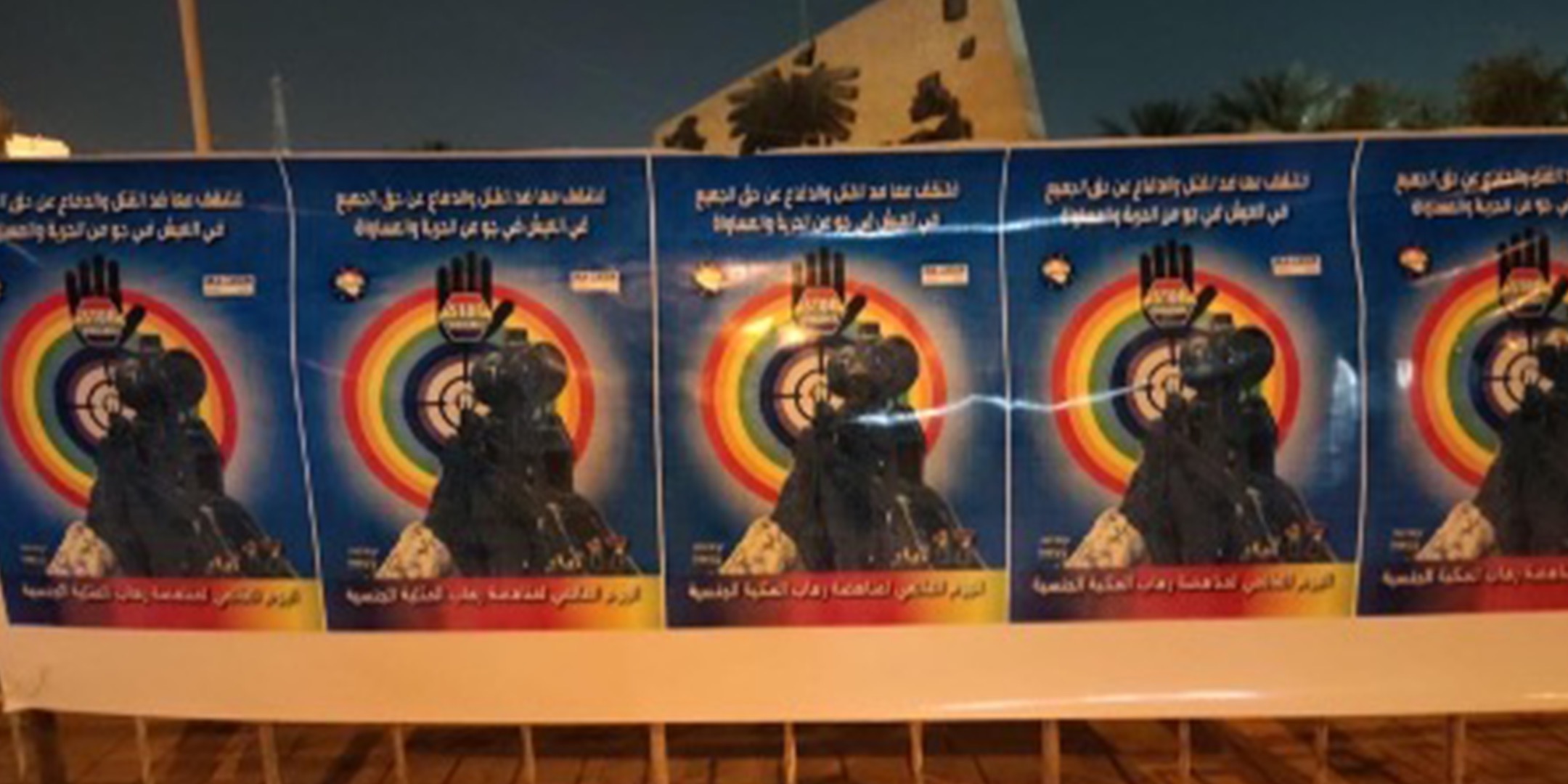 The Iraqi parliament’s legal committee is organizing a movement inside parliament to pass a law prohibiting homosexuality in Iraq and banning any kind of pro-LGBT activism, the Iraqi News Agency reported on Friday.

Aref al-Hammami, a member of the Iraqi parliament’s legal committee, said in an official statement,”It was agreed within the House of Representatives to collect signatures after it reconvened to legislate a law banning homosexuality in Iraq.”

“Legislation like this will strengthen legal clauses that prohibit homosexuality and associated deviations,” Al Hamami said in the statement.

“The idea has crystallized and the deputies are going after the end of the parliamentary recess by inaugurating that law and raising the level of emphasis in dealing with this phenomenon,” he added.

Although homosexuality has been officially legal in Iraq after the fall of Saddam Hussein’s regime in 2003, LGBT Iraqis are often the victims of rape, torture, and murder as armed groups linked to Iran proliferate in the country. The Iraqi government also uses public morality laws as a loophole to criminalize homosexuals with penalties that could reach to execution.

The passage of the proposed law may put LGBTs Iraqis in greater danger and allow the Iraqi government and armed groups to be legally protected when committing sexual and gender-based violence.

Last May, social media users posted images of flyers circulating in an eastern Baghdad neighborhood calling for support for the LGBT community. Similar leaflets were posted on the wall of Imam Al-Kadhim University in the capital.

Reactions varied between those who supported criminalization, particularly religious people and members of religious-based political parties in Iraq, considering homosexuality to be “contrary” to Islamic law. Human rights activists and some media figures felt that the Iraqi parliament was turning to issues that were not the “main problem” for Iraqis, including criminalizing normalization with Israel and criminalizing homosexuality, instead of thinking about securing services, ending government corruption, and tackling violence against women.

Talal Hariri, Secretary General of the October 25 Movement, a newly-formed political party in Iraq that expresses openness toward Israel and is hostile to Iran, criticized in a tweet the trend to criminalize homosexuality in Iraq, writing, “We will always be as supportive of LGBT freedom as we are in all freedoms.”

“Our party affirms its total rejection of this extremist proposal, which threatens the lives of more than 360,000 citizens and gives terrorism legitimacy to suppress human rights and confiscate the freedoms enshrined in the Iraqi constitution,” he wrote.

Speaking to Outspoken Middle East, Ahmed, a 33-year-old Iraqi gay man, said homosexuals are being used as a scapegoat to distract Iraqis from bigger issues.

“The use of anti-gay rhetoric by the Iraqi authorities and clerics helps them gain support in conservative society in a try to cover up corruption. All Iraqis politicians contain texts attacking homosexuals in their speeches because conservative society likes to hear this inflammatory rhetoric.”

“The legislation of this law will put us at greater risk than we used to live, as it will give the police the right to stop individuals on the basis of their external appearance, search their phones and arrest them, we call on the international community, which claims to defend the rights of the LGBTs, to intervene quickly and pressure the authorities to stop passing such a resolution that could put the lives of thousands of people at risk,” Ahmed said.

OSME published a report last week on powerful Iraqi politician and cleric Moqtada al-Sadr, who called for a day dedicated to fight against homosexuality and made false allegations blaming the LGBT community for disease outbreaks such as Covid-19 and monkeypox.