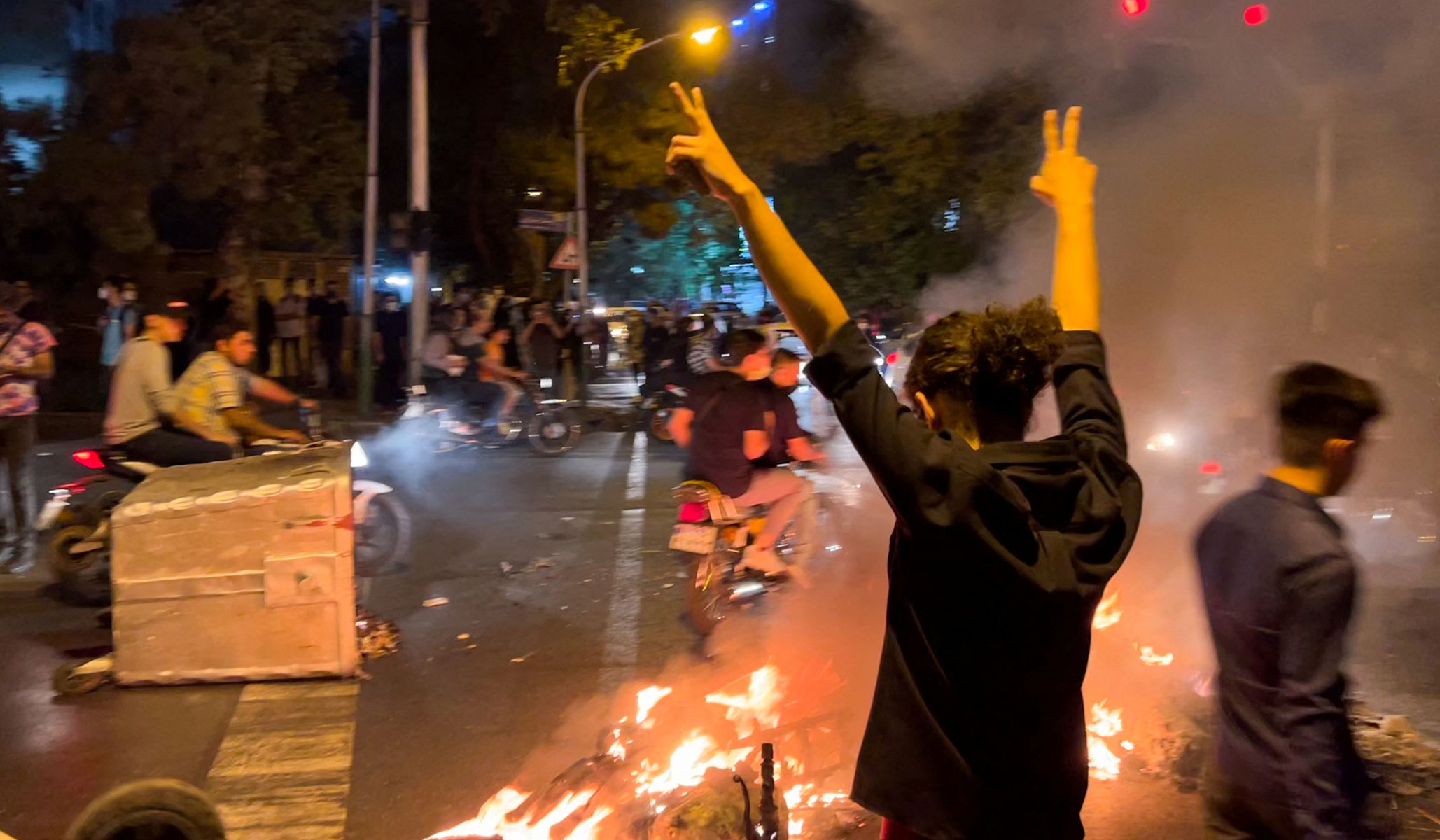 Protests in Iran continued Thursday evening in the capital Tehran and more than 80 other cities including in the western cities of Sanandaj and Kermanshah.

The protests, now entering their 11th day, were sparked after the killing of Mahsa Amini, 22, who fell into a coma last week and later died hours after morality police held her for allegedly breaking rules on the proper way to wear a hijab.

Amini was detained outside a metro station in Tehran by morality police who accused her of breaking the law requiring women to cover their hair with a headscarf, as well as their arms and legs with loose clothing.

According to witnesses, Amini was beaten while inside a police van that took her to a detention centre.

Police rejected the allegation and said she suffered “sudden heart failure” while waiting with other women at the facility to be “educated.”

Authorities released CCTV footage that showed a woman they identified as Amini talking with a female official, who grabs her clothing. She is then seen holding her head with her hands and collapsing to the ground.

The interior minister said on Saturday that Amini “apparently had previous physical problems.”

In a rare interview with the BBC World Service, Amini’s father accused the authorities of lying. Amjad Amini said he had not been allowed to view his daughter’s autopsy report and denied that she had been in bad health.

He said witnesses had told the family that she was beaten in police custody.

Protesters, mostly led by women across the country, were chanting against the compulsory hijab but soon the uprising went beyond that and turned against the regime. Footage shared on social media show protests across major cities like Tehran, where women removed their headscarves and shouted “death to the dictator” – a chant often used in reference to the Supreme Leader, Ayatollah Ali Khamenei. In the religious cities like Qom and Mashhad, women set their headscarves on fire.

Protesters have shown determination and self confidence in many locations by not retreating in the face of police and anti-riot forces. Despite harsh retaliation, and sometimes assaults with firearms by security forces, videos recorded by bystanders show protestors pushing back on the security forces sometimes leading the forces to retreat.

In wake of the protests, across Iran internet connections have been massively disrupted and popular social media platforms like Instagram and WhatsApp are now blocked. The internet blackout has slowed down the flow of user-generated videos from inside the country.

According to Iran Human Rights Organization (IHRO), 31 protesters have been shot dead by security forces in various cities with many others arrested in the past five days. The official Iranian state news agency (IRNA) has reported a total of 17 deaths among protesters and security forces.

Many journalists, activists, and social media influencers are reported to have been arrested by regime forces.

The Iranian Revolutionary Guard Corps issued a statement and warned it will work with other regime intelligence agencies to suppress the protests while protestors issued several statements in response saying they will not leave the streets.

The protests are happening during President Ebrahim Raissi’s visit to the United States for the UN General assembly. Many Iranians gathered in front of the UN headquarters in New York City to protest against Biden’s decision to issue the Iranian leader a visa.