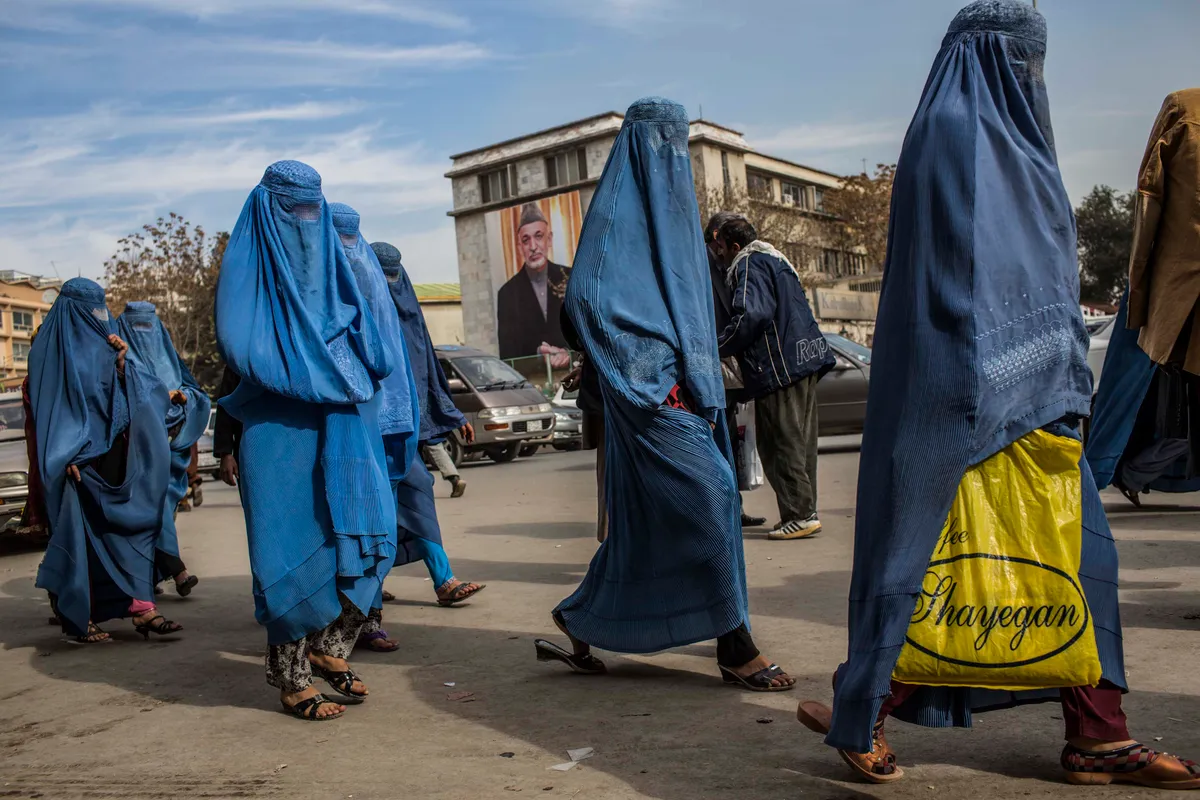 Under a new law the Taliban has banned women from traveling abroad without male companions. As of last week, the Taliban were not only enforcing this new law on Afghan citizens but also preventing foreigners or those with dual national citizenship who are women from leaving the country.

Enacted in early March, the law is now being tightly enforced with the expansion of international flights from Afghanistan to neighboring countries. Last week, despite having European passports, several dual-nationals were pulled off the plane by Taliban fighters and prevented from traveling. One of the women who resisted was severely beaten in front of other passengers. Taliban soldiers grabbed the woman by the hair and pulled her out, according to reports.

But Afghanistan’s LGBT community, living in fear for months, received a more alarming report. Over the past few months, several non-profit groups have been trying to evacuate LGBT people whose identities have been revealed to the Taliban. Lesbian and transgender women now face a new problem: those who wanted to flee the country, including for fear of violence from their families, are currently unable to leave the country, even if they hide their sexual identities from the Taliban.

Mohammad, an LGBT rights activist still in hiding in Kabul, told Outspoken Middle East that a trans woman who was about to leave the country recently was pulled out of the plane because she was not with a man. After inspecting her and her mobile phone, the Taliban found out her sexual identity. The transgender woman was beaten in front of others and was left on the street near Kabul airport.

The LGBT rights activist says the new Taliban law has introduced further pressure on the gay community, and many LGBT people want to marry each other to deceive the Taliban.

“My gay and lesbian friends get married every day so they can leave the country and so that the Taliban do not prevent a lesbian from leaving,” said Mohammad. A transgender friend who didn’t want to be sexually assaulted has recently been forced to marry a lesbian so they can both flee the country, he reported.

“I only know about our small community here in Kabul,” says Mohammad. In Afghanistan, many LGBT men and women have been forced into marriage over the years for fear of violence family and society. It was only in recent years, thanks to the abundant education and support of the international community, that we could reduce the number of such marriages and inform the public about the LGBT community. The new Taliban law has made the situation worse than it once was. Now we have two choices: Staying and dying or marrying to flee.”

The Taliban executed many LGBT people in the 1990s. In the most widely known and horrific case, published in 1999 by the New York Times, a group of LGBT men lined up in the corner of the wall. A war cannon fired into the wall behind the group, sending the stones to topple over their heads. During the years that Taliban insurgents fought the central government of Afghanistan, there were numerous reports of Taliban killings and beheadings.

Over the past few months, the Taliban have searched many homes looking for LGBT and women’s equality activists and, in at least one case, flogged a trans woman on the streets of Herat.

“I will soon be marrying a lesbian friend,” said Mohammad. But once we reach a safe country, we must prove to the authorities that we are homosexuals and that our marriage was not a real heterosexual marriage. The current president of the United States is to blame for everything that has happened to us. I, who loved America, now hate the government of this country. I would rather die but not live in a place where the president is a friend of the Taliban leaders. Joe Biden is a friend of the Taliban. Their best friend.”

With the country falling into the hands of the Taliban last summer, many Afghan LGBT people hold the U.S. president accountable for their misery. The Taliban have increasingly violated women’s rights with new laws in recent weeks. Teenage girls are banned from school, and even Afghanistan’s parks have become segregated. Women do not have the right to hold any jobs in offices. The Taliban prohibited men without beards from entering government offices.

“Think about being a transgender man or a gay man who hates a beard,” says Mohammad. Or what if you do not have a beard at all. You cannot leave home forever.”

“What happened in Afghanistan and then in Ukraine proved that the people worldwide are alone. I believe that with the formation of popular power from the United States to Afghanistan, we will topple all of these brutal governments, from the American Democrats to the terrorist Taliban,” Mohammad said.

A refugee living in Europe traveled to Kurdistan to murder his transgender sibling: report