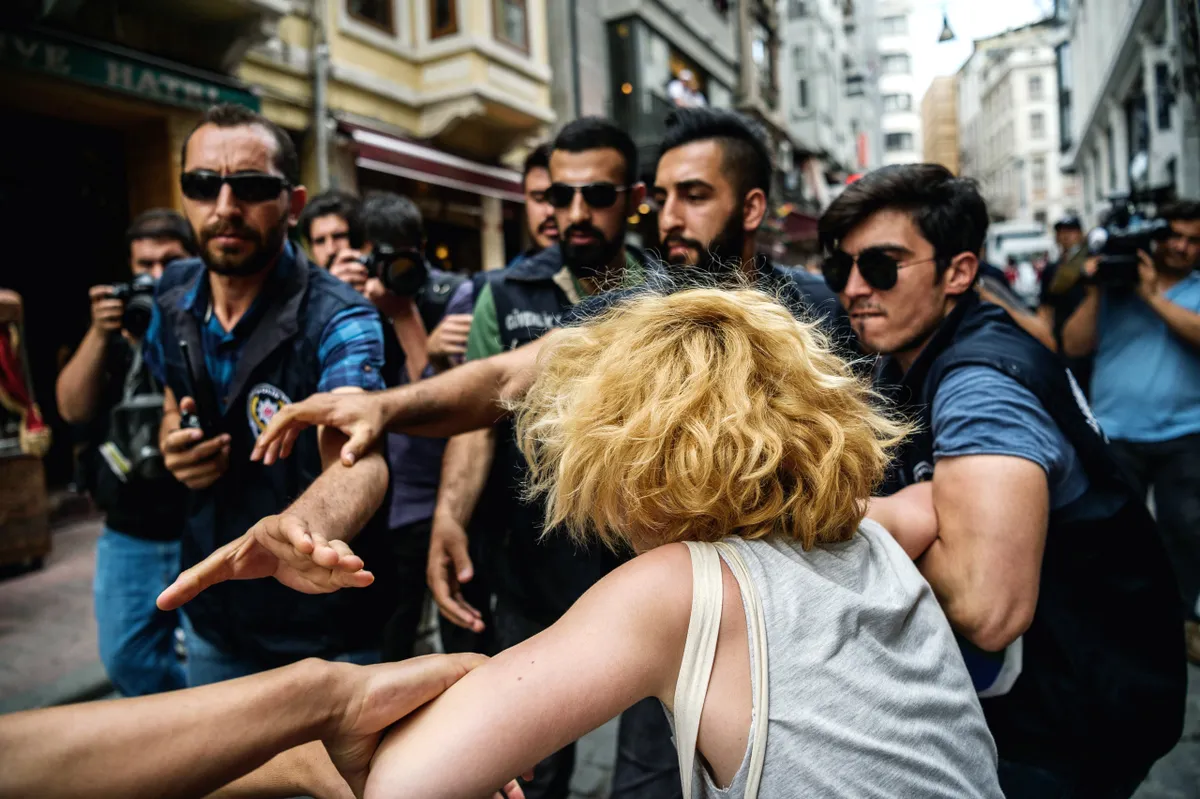 According to the United Nations High Commissioner on Refugees’ website donations account for about 98 percent of revenue. The organization claims to spend only two-to-three percent of funds for administrative expenses and employee salaries. Virtually all donations go to cover programs to help the refugees, the organization says.

But the reality on the ground for LGBT refugees in Turkey appears to show otherwise. At a time when LGBT refugees are increasingly being restricted, non-governmental organizations, or NGOs, claiming to defend gay rights remain silent about deportations of LGBTs carried out by the Turkish authorities–often to areas where a death sentence awaits them.

Refugee filings with UNHCR only reach the international nonprofit after an application has been submitted to the Turkish Immigration Department, which looks at the file and decides whether an individual deserves protection or not. This may aid in compounding the suffering of LGBT refugees who sometimes face privacy violations at the hands of government officials and employers, or worse.

Mohamad, 25, a gay Iraqi refugee in Istanbul, asked Turkey’s immigration department to enter the protection room after being threatened by relatives belonging to the terrorist organization ISIS because of his sexual orientation, he told Outspoken Middle East. The protection room is a special location in the immigration office where a lawyer and government officer are present to conduct interviews with individuals who are perceived to be in danger. These interviews then are filed with the UNHCR, only if they are deemed suitable by Turkish officials for special consideration.

“I went into the immigration officer, and explained my situation to let me enter to the protection table. His only question was about my role in bed and if I was top or bottom. With mocking glances and whispering to the staff aside, he never asked me about the threats from my family members. I answered that I am bottom, so his reply was that I don’t even look like a gay. ‘Go and we’ll call you later,’ he said. They violated my privacy and I’m sure they’ll never call me.”

Others may be subject to sexual exploitation at the hands of Turkish authorities. Latin, 28, a gay Syrian refugee living in Bursa City, told OSME about one such traumatic experience involving a staff member working with an NGO related to the UNHCR. Latin asked the name of the NGO be withheld, fearing the exposure may negatively affect his pending case file.

“After an interview with one of the NGOs that help refugees, I checked a message on Hornet from a guy. After he gave me the approval to his private photos I noticed that he was one of the employees in that organization. We chatted and went on a date later. He told me that he can speed the opening of a resettlement file in Western county,” Latin said.

In an agreement with the European Union, the Turkish government is being provided with funds to provide assistance to refugees. Last June, the E.U. announced financial support to Turkey worth $4.18 billion to continue hosting Syrian refugees until 2024.

Still, LGBT refugees encounter mockery, disdain, and hurdles at the hands of Turkish officials, many reported to OSME. Lana, 21, a Syrian transgender woman living in Şanlıurfa City, told OSME about one experience with the UNHCR hotline.

“My brother threatened to kill me. He followed me wherever I went. After he sent threatening messages, I called the UNHCR’s advisory line asking for help since I had a resettlement file with them. The employee answered me that I should try to act as my brother wishes. Also, he didn’t respect that I told him twice to call me with the pronouns ‘she’ not ‘he,'” Lana said.

“Once we asked the NGOs for help, they reply with the usual answer. ‘Try to change your home.’ Those staff who takes thousands dollars think that the refugees have this luxury to move out whenever they want.”

Deportation campaigns carried out by the Turkish government have increased in the past month. Nearly 150 Syrian refugees have been deported to unsafe areas in Syria and forced to sign so-called “voluntary return” forms. Turkish police claim that those refugees were moving between cities within Turkey while not having proper travel permissions from the states where they were registered. The UNHCR has not issued any statements regarding these deportations. LGBT refugees fear they may be sent back to volatile areas in the region controlled by Islamist groups while the UNHCR turns a blind eye.

The situation of transgender women in Turkey worsened after the Turkish government withdrew from the Istanbul Convention on 3 March 2021. According to PinkNews, on 23 July 2021, Sofia, 23, a trans refugee in Turkey was arrested over the Eid celebration weekend by police in Istanbul who were conducting an “illegal crackdown” on refugees. Following pressure from activists, the Turkish government released Sofia on 8 August. Activists feared Sofia would face the same fate as another transgender woman deported in 2019. That year, Ward, a transgender refugee, was deported to the Syrian city of Idlib. Less than 100 meters after crossing the border back into Syria, Ward was taken by HTS security officers, an al Qaeda branch in Syria. UNHCR has never commented on the deportation and Ward’s whereabouts remain unknown.

In contrast with Western activists, Middle East LGBTs look toward Israel for hope and guidance

Turkey set to deport a gay rights activist to Iran, where he will likely be executed