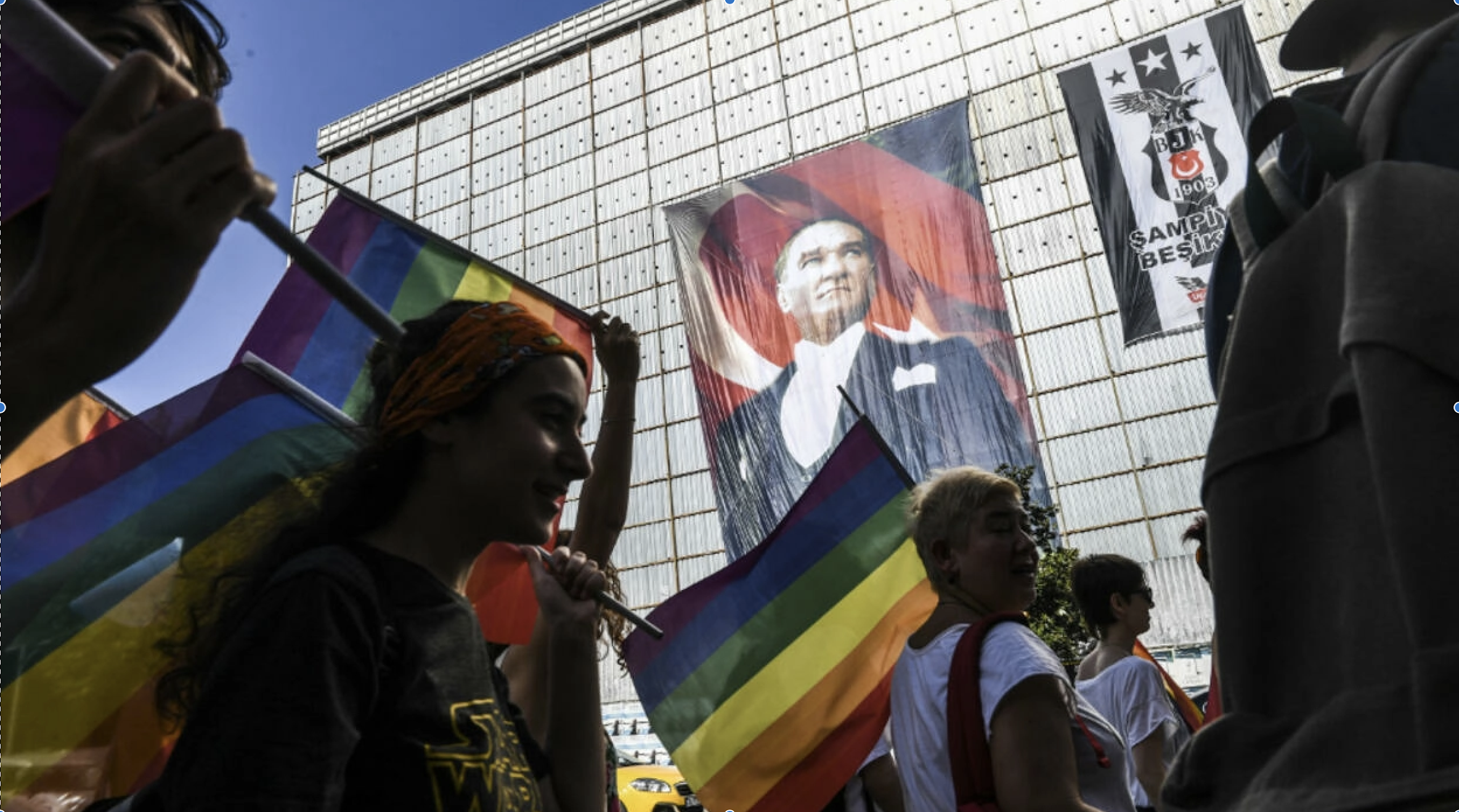 A gay Iranian refugee living in Turkey is about to be deported to Iran. Mohammad, 28, fled Iran a few years ago and sought asylum in Turkey. Mohammad’s partner, a man named Mehrdad, told Outspoken Middle East that he was under severe psychological pressure and feared deportation to Iran. Mehrdad says if Mohammad is returned to Iran, he will face the death penalty because of his pro-LGBT rights activism. Both men requested their last names be withheld from publication, citing safety concerns.

Mehrdad says his boyfriend was arrested and sent to prison on April 4, 2021 by the Turkish security police for participating in protests regarding Turkey’s withdrawal from the Istanbul Convention.

Turkish President Recep Tayyip Erdogan’s government announced last summer it would withdraw from the treaty aimed at preventing violence against women and domestic violence. Widespread protests resulted from the announcement. After his arrest, Mohammad was imprisoned in a remote camp in Aydin but was temporarily released. A few days ago, he was arrested again and informed that he would be deported to Iran. He was told the court’s decision was final and irrevocable.

A close friend of the couple told OSME that Mohammad doesn’t have access to lawyers. If Mohammad is returned to Iran, he will likely face the death penalty. LGBT activists and various human rights organizations called for pressure on the Turkish government to prevent the deportation of Mohammad. In Iran, homosexuality is punishable by death.

Every year thousands of LGBT people from neighboring countries flee to Turkey to register with the United Nations High Commissioner for Refugees (UNHCR) for resettlement in a safe Western country. LGBT asylum seekers are less accepted in more traditional and religious parts of Turkish society. In recent years, gay Pride celebrations have been banned in Turkey, and the Erdogan government continues to spread hatred against LGBT people. It is not a crime to be gay in Turkey, but Erdogan recently stated that homosexuality is not accepted by the “Islamic society of Turkey and the country’s culture.”

In October 2020, four transgender women refugees were beaten in a café in Yalova close to Istanbul. Another gay man in the city of Denizli was beaten brutally by his employer and left paralyzed. Last month, three transgender women were assaulted by a group of men in the western province of Izmir.

According to the United Nations, until 2016 more than 2,000 Iranian refugees in Turkey were resettled in the United States and Canada every year. That changed after the start of the Syrian war when the plight of Syrian refugees to Turkey made Syrians a priority for the UNHCR.