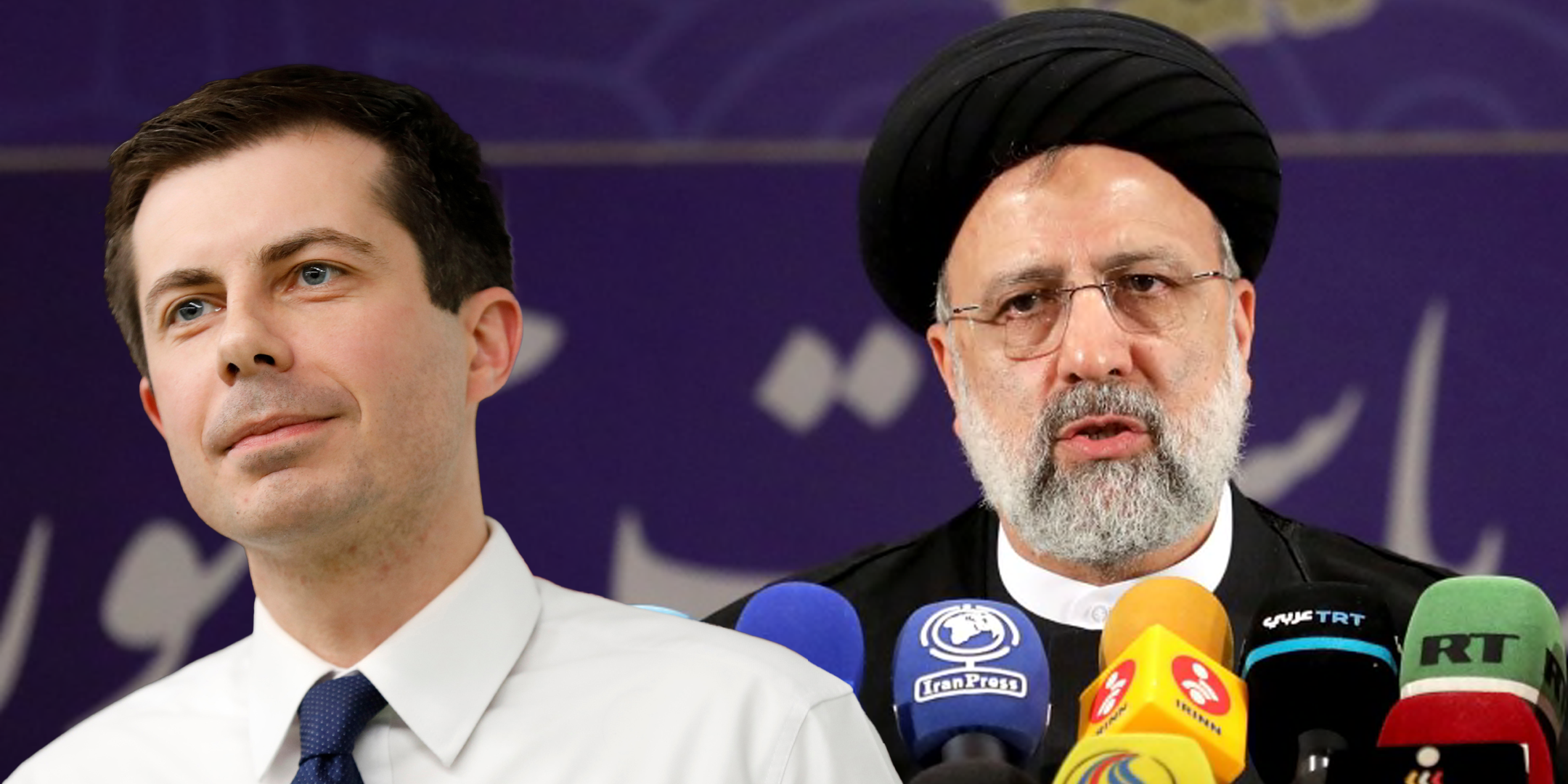 U.S. President Joe Biden’s gay Secretary of Transportation, Pete Buttigieg, said in an interview with MSNBC that Biden’s Democrat government might buy oil from the Islamic regime of Iran to ensure energy and fuel supplies to the United States.

Many criticized Buttigieg’s statement, mocked Biden’s remarks, and asked him if the U.S. wanted to assert its energy independence with such a policy. Republican Sen. Ted Cruz also tweeted that Biden would prefer to fund the Ayatollah’s “death to America” regime rather than find a permanent solution to his country’s energy independence.

LGBT rights activists also sharply criticized Buttigieg and reminded him that the U.S. intends to buy oil from a regime that humiliates, tortures, and executes people who are gay like Buttigieg.

At the same time, many Iranian LGBT people criticized Biden’s administration and called the U.S. President Ayatollah Biden, referring to his efforts to sign a deal with the Islamic republic.

To hear from the Iranian LGBT community, I attended an underground gathering of some LGBT people in Tehran and asked for their opinion.

“Everything is weird,” says Bahareh, a 25-year-old lesbian. “The United States handed over Afghanistan to the Taliban. The West lost Ukraine to Russia and is now set to embrace the petrified Ayatollahs of Iran. Once upon a time, mentioning the name of Haqqani, the Taliban’s minister, could have caused you a lot of problems. But now, the Haqqani terrorist group is in power in Afghanistan and meeting with Western officials, and no one cares. I want to know if this gay Secretary of Transportation knows that if he and his husband land in Tehran, they may be executed?”

Arshia, a 35-year-old doctor, says: “They have lost their sanity.”

“Or maybe they are just showing their real selves. The U.S. became friends with the Afghan Taliban, their main enemy, who killed dozens of American soldiers within days. Does Buttigieg know when he started his current job,  he was ridiculed by the Iranian government radio and television and called a ‘useless faggot?’ Is it known that the American flag and the rainbow flag are set on fire in every pro-regime demonstration in Iran?”

Mehrdad, a gay man, also says: “President Donald Trump was ridiculed for being anti-LGBT. But now, the truth is out. These Democrats came to power in the name of LGBT people and human rights, and they are our main enemies. During the Donald Trump administration, negotiating with countries where homosexuality was criminalized had become a national security concern, but now it is just the opposite. They give money to terrorists. Since last summer, four gay men have been executed in Iran. Did the Biden government react? No.”

“On the one hand, they are imposing sanctions on the Russian government. On the other hand, they are buying oil from Russia’s best friend, the Islamic regime of Iran, to compensate for that embargo,” Rahela, a 39-year-old transgender woman, told me.

“The Biden government has proven that it does not adhere to any principles. It is a corrupt administration that acts only for its survival. Suppose the Islamic Republic says tomorrow that the condition for signing the nuclear deal is that the U.S. government supports the execution of LGBT people in Iran. Biden will do it as he did with the Taliban. Have you ever heard a U.S. official speak about the rights of women and LGBT people under the pressure and torture of the Taliban? No!”

Arshia, a doctor who is gay, told us what happened to him under the regime Buttigieg wants to be friends with.

“I am a human being. I can not dream of becoming a minister like Buttigieg. I can not even have a normal life. I am a doctor. I was working in a small hospital in a remote town. The regime’s minder in the hospital’s local department of intelligence and Islamic morality, known as Herasat, reported to the Ministry of Health that my behavior was abnormal and I had feminine attitudes that could seduce people. I was reported to the authorities and eventually lost my job because of the spy that reported me and my sexual orientation. Can the U.S. gay Secretary of Transportation look into my eyes and talk about paying millions of dollars to this LGBT murderous regime? Mr. Secretary, what do I have less than you or American LGBT people that I can not even dream of a normal job? Do you know the reason? Because Western governments, such as the current U.S. administration, have taken away this hope from us by paying money and bribes to the regime of the mullahs.”

Homosexuality is a crime under Iranian law. Gay men can be sentenced to death. The death penalty can be carried out by hanging, shooting, or even throwing from a height and stoning. The Iranian regime uses gender reassignment surgeries to “treat” LGBT people. The use of electric shock and speech therapy in the nation has also been repeatedly criticized by human rights organizations.

All this while Joe Biden’s administration is reaching a new agreement with one of the most extremist presidents in the history of the Islamic regime in Iran. The new deal for the LGBT community in Iran means the regime will kill more of them, and that blood is on the Democrat Party’s hands.

With the new Iran deal, Biden turns a blind eye to human rights