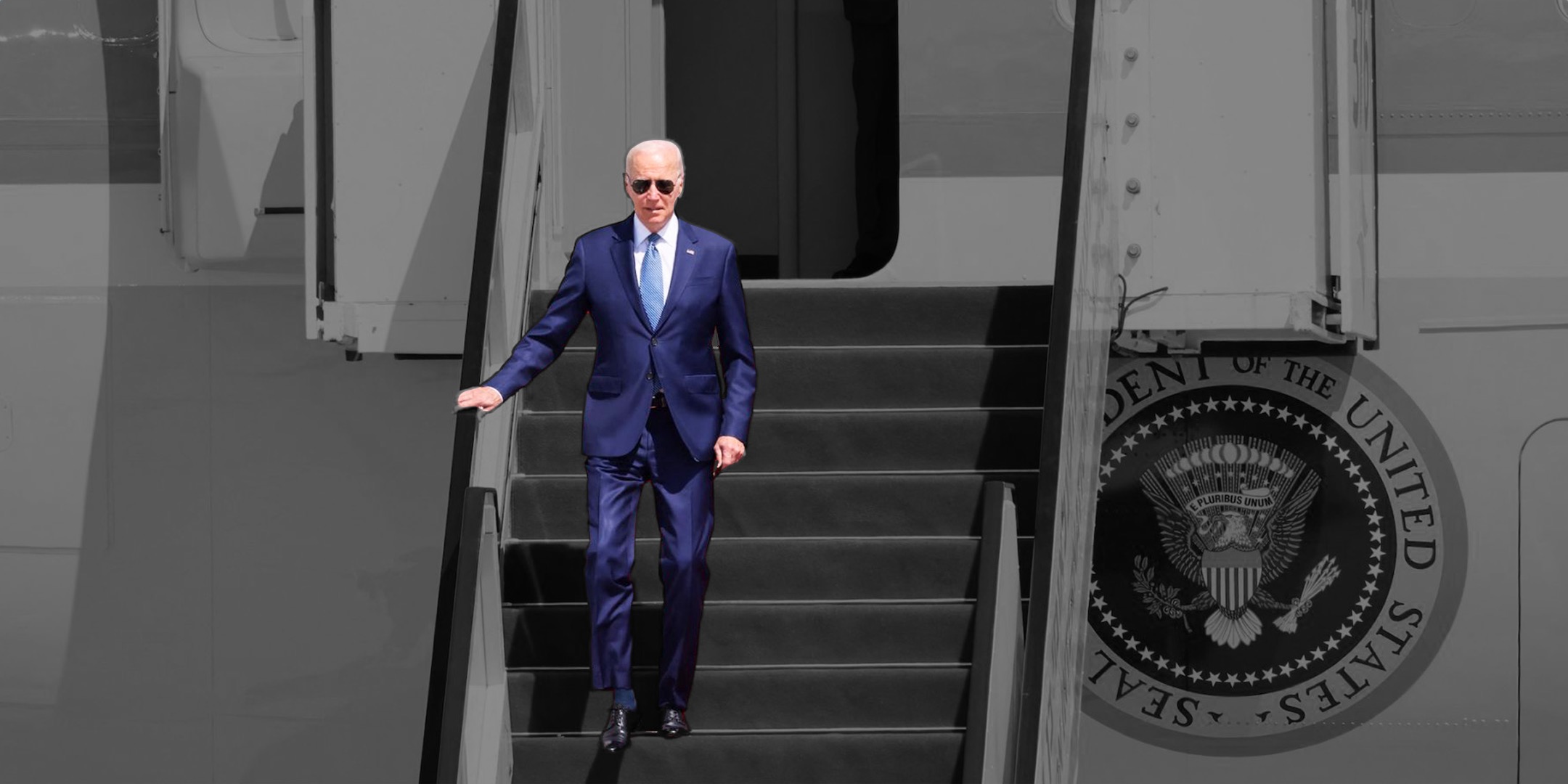 U.S. President Joe Biden has embarked on a voyage to the Middle East culminating in a visit to Saudi Arabia on July 15-16 where he will attend a summit in Jeddah with Arab leaders from nine anti-gay countries, including Iraq and Egypt.

The visit comes after Biden made false election promises during his campaign, telling American voters that he would make Saudi Arabia a social “pariah” state. All this while Biden and his gay supporters have claimed the political left is the first defender of human rights and the rights of sexual and gender minorities.

In an article in Arab News on Biden’s planned visit to the region, former Saudi intelligence chief Turki al-Faisal wrote, “it is president Biden’s deteriorating popularity that brings him to us. It is his legitimacy that he hopes to strengthen through his meeting with our crown prince.”

It has been reported in Arab media that U.S. officials in the Biden administration have made repeated visits to Saudi Arabia to plan Biden’s trip to the kingdom, while the president denied the planned visit many times in American media.

Last month a cable from the State Department on the subject of Pride flags was shared with Outspoken, the sister publication of this site, via an anonymous source. The cable insinuates that the display of the Pride flag is inappropriate in some contexts and in some countries, in a clear betrayal of what the Biden administration has called its “steadfast” commitment to defending personal freedoms around the world.

Now the Middle Eastern LGBT community lives under the lies that Biden threw at his campaigns which deceived some American LGBT voters and their allies as a means to get into the Oval Office.

Earlier this year Fox News reported that President Joe Biden’s administration is set to remove five extremist groups from its foreign terrorist blacklist. Among of those are two radical Islamist organizations with strong anti-gay positions, the Mujahideen Shura Council in the Environs of Jerusalem, and Gama’a al-Islamiyya.

Activists in the region say violence toward LGBTs has escalated in the Middle East since Biden’s arrival, culminating in the disastrous withdrawal from Afghanistan, the Iran nuclear deal, handing Syria over entirely to Russia and Iran, and an escalation in executions of LGBTs across the region.

We’re accustomed to false election promises here in the Middle East–if there was any kind of election–but the contagion has spread to President Biden, who made us feel the weakness of U.S. foreign policy, while Biden and his team attempt to cozy up to Arab dictators and Iran in a desperate attempt to increase Biden’s declining popularity after he sent the U.S. economy into a tailspin.

All this is happening while Biden’s gay and transgender appointees continue to turn a blind eye to Biden’s agreements with countries that kill people who belong to the same sexual and gender orientations. This includes Transportation Secretary Pete Buttigieg, Vice President Kamala Harris, Press Secretary Karen Jean-Pierre and Ted Price, the openly gay State Department spokesperson who described repeatedly the relation with KSA as forming “strategic ties between the United States and Saudi Arabia.”

Wajeeh Lion, an openly gay Saudi man and refugee living in the U.S. tweeted about Biden’s trip to KSA, writing: “It is painful to see Biden use his top LGBTQ+ staff to promote his handshake with Saudi Arabia’s homophobic government.”

“I can’t wait until the next U.S. election, this year and a half was disastrous with this president. Americans are not the only ones affected by this administration. We are suffering from these policies too, the rise of terrorist groups and the return of their power in the region, I’ve never believed in Democrat presidencies in United States. I’m on the ground, and I know that the slogans of the huge left-wing media lobby are just a populist lie.”

“Biden is not welcomed in Saudi Arabia and he should apologize to the LGBT community in the Middle East and all the world because he used our cause for his electoral agenda, so he should carry his false values and leave,” Abdullah said.

Since Biden arrival at the White House, violence has escalated to towards LGBTs in Saudi Arabia. In June, where Pride month is celebrated in much of the world, the government confiscated colorful clothes and toys on the pretext of the items being “contrary to Islamic lows, general morals and the promotion of homosexual colors.”

It also appears Biden’s visit comes with a caveat. According to Saudi-watchers, Saudi Arabia has placed conditions on the 46th president, most prominently to not talk about the country’s human rights record.