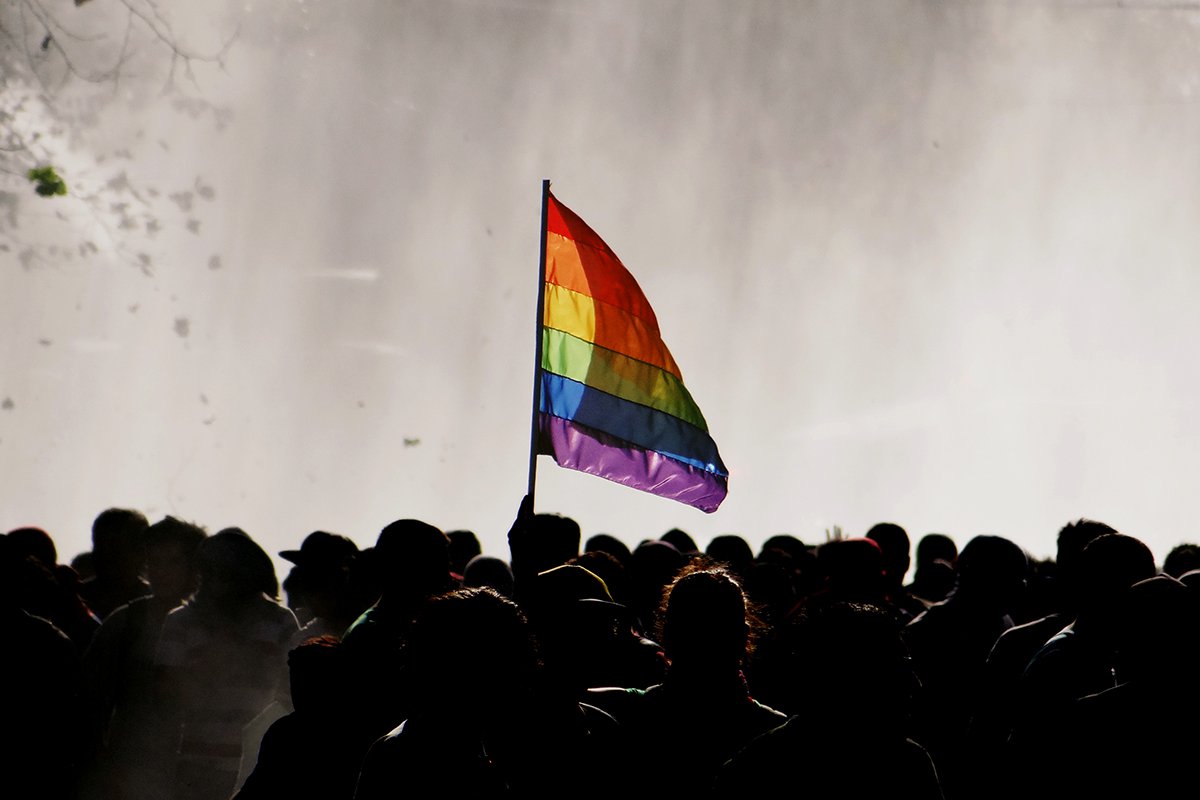 This article was originally published in Newsweek magazine on Nov. 5, 2021.

The struggle for gay rights in America is largely over. We should admit it.

Gays and lesbians in America are free to be out, proud, employed, married, parents, elected to office and serve in a president’s Cabinet. This doesn’t mean that we won’t have issues to confront or fine-tune in the future, but American gays should instead be fighting to decriminalize homosexuality in the 69 countries that can put you in jail for being gay and narrow in on the nine countries that will kill you as a punishment for being gay.

This shift will undoubtedly make Gay, Inc., non-governmental organizations like the Human Rights Campaign (HRC) and the Gay and Lesbian Alliance Against Defamation (GLAAD), furious. Gay, Inc. takes in and spends hundreds of millions of dollars a year pretending to fight for gay rights while in fact they are just inflaming partisan politics. They long ago abandoned equality and diversity and have instead embraced issues like illegal immigration, climate change, and transgender athletes in women’s sports. They’ve created imaginary boogeymen at home, namely Christians and Republicans, while throwing all their money and weight behind Democrats. Today they’re little more than LGBTQ+ voter outreach for the Democratic National Committee (DNC).

The partisanship of the gay left means these organizers work to keep gay and lesbian equality a wedge issue. Because of that, in July 2020, a group of gay conservatives launched Outspoken, a campaign powered by the Log Cabin Republicans, to educate gay and lesbian voters and their allies on political issues. Exit polling from The New York Times showed LGBTQ+ votes for Donald Trump doubled in 2020 compared to 2016, from 14 percent to 28 percent. And a Gallup poll this year even revealed, for the first time, a majority of Republicans supporting gay rights.

In 2019, former President Trump, a lifelong supporter of equality, launched an historic campaign to move away from the traditional partisan LGBTQ+ fight in America to the countries overseas that have made little to no progress. After decades of the gay left telling LGBTQ+ Americans that they are oppressed, President Trump focused his efforts on the much-needed international effort to stop gays and lesbians from being imprisoned.

There is real oppression in the world, but it isn’t here in America. We’ve talked to the boyfriend of a gay magazine publisher murdered by Islamists in Bangladesh. We’ve seen the scars etched into the back of an Arab gay man, now a lifelong reminder of the time he was publicly caned. And when a 20-year-old gay man was beheaded this year in Iran, Gay, Inc. was largely silent.

One thing we hear over and over from sources in the Middle East is that the gay West doesn’t care about them. And their fingers are pointed squarely at Gay, Inc. and their U.S. media and corporate allies.

Multinational corporations seem ignorant to the fact that the hundreds of millions they give to Gay, Inc. almost entirely ends up as rainbow outreach for the Democrat Party. The shake down from HRC targeting American corporations every year through their workplace rating system for LGBT equality is profoundly corrupt.

Coca-Cola, Hyatt Hotels, Kellogg’s, and Pfizer are just four examples of companies that have received perfect scores from HRC’s “Corporate Equality Index,” and ranked among the best places to work for gays and lesbians. While companies like these may eagerly broadcast just how “woke” they are at home, they’re making money hand-over-fist in Middle Eastern nations that continue to arrest, torture, and even execute their LGBTQ+ citizens.

Big Tech might be the biggest virtue signalers of all. It was revealed this year that while Facebook bans content promoting LGBTQ+ conversion therapy in the U.S., the company allows it to thrive in Arabic posts. While Google is busy pulling content from conservatives it doesn’t like, in Indonesia it has removed several gay-themed apps from its Play Store at the request of that country’s Islamic government.

“As we grow stronger and bigger, so does the opposition. They are in the halls of Congress. They are organizing on social media. They are on OAN, Newsmax, and Fox News. We need you to help us step on the gas,” GLAAD President Sarah Kate Ellis said at last spring’s GLAAD Awards, a tuxedoed, star-studded affair where red ribbon-wearing Hollywood elites, corporate America, and LGBTQ+ nonprofits come together to celebrate the Democrat Party and preach fire and brimstone about the Republicans.

Americans, gay and straight, are fed up being defamed as bigots and getting harassed about tawdry concerns like pronoun usage. They’re sick of being told they live in a hateful country when all real-life experience points to the contrary. Yesterday’s champions of diversity have become today’s intolerants.

As Gay, Inc. continues to focus on Ft. Lauderdale, Manhattan, and West Hollywood, we’ve decided to take the fight to Ramallah, Riyadh, and Tehran. Tomorrow we launch Outspoken Middle East, a news and information platform with translations in Farsi and Arabic. We’ve assembled a team of LGBTQ+ citizen journalists in Tehran, Kabul, Beirut, and around the region and world to tell human stories about the realities of being gay in parts of the world that liberals and corporations have left behind.

Chadwick Moore is the editor of Outspoken and Outspoken Middle East.

Richard Grenell is the former acting director of National Intelligence.

American gay media tried to mock us, here is our response.

Why Gay, Inc. has abandoned the Middle East